The heat is on in the Burning Hot slot UK, a six-reel slot inspired by classic fruit machines! With four different jackpot rewards available, you may play for big wins. You can also find Wilds to help you match symbols and land Scatters to increase your profits. To learn more about this fantastic game, keep reading our Burning Hot slot review!

The Jackpot Cards Mystery extra is a terrific addition to the game: you’ll play a pick-and-click round to try to win one of four jackpot rewards. Additionally, there is a Gamble function that allows you to potentially double any qualifying win.

Who doesn’t love a bit of retro every now and again? It’s this sense of nostalgia that developer EGT has tapped into with their Burning Hot slot game; a title that looks as though it’s straight out of a classic brick-and-mortar casino.

The icons of EGT's Burning Hot mobile slot feature lemons, watermelons, and other conventional symbols because it is modelled after vintage fruit machines.

The 7 is the Burning Hot slot machine's highest-paying symbol. To win up to 6,000 coins, land between three and six times on the reels!

The Bell sign pays up to 750 coins, while the Grapes and Watermelon symbols can award up to 1,500 coins. To earn up to 250 coins, match the Cherries, Lemons, Plums, or Orange symbols.

The Basics: How to Play Burning Hot Online Slot 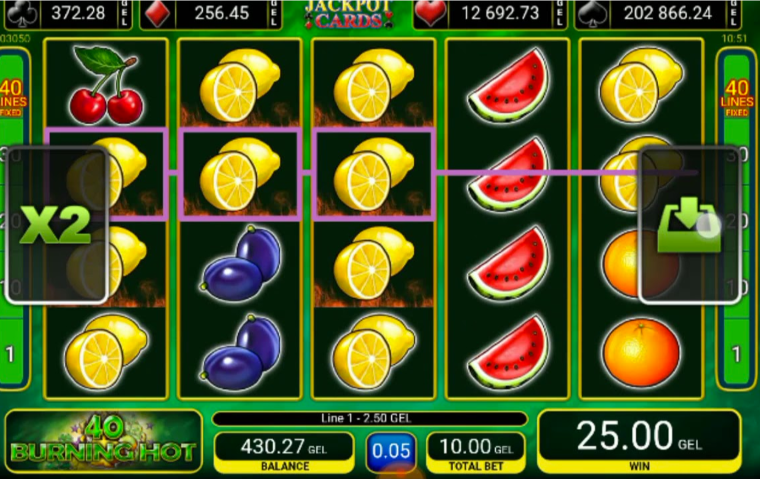 Press the "spin" button or one of the stake buttons at the bottom of the screen to start playing the Burning Hot slot machine. The reels will momentarily spin before stopping; line up three or more matching symbols on a payline to receive the payout listed on the paytable!

To view the game menu, press the menu button. To view the paytable, select the I tab. The various symbols and details on the bonus features are shown below.

At the top of the screen, four jackpot metres each have a card suit designation (clubs, diamonds, hearts, and spades). As you play, their values rise, offering the chance for some enormous prizes, but more on this later! 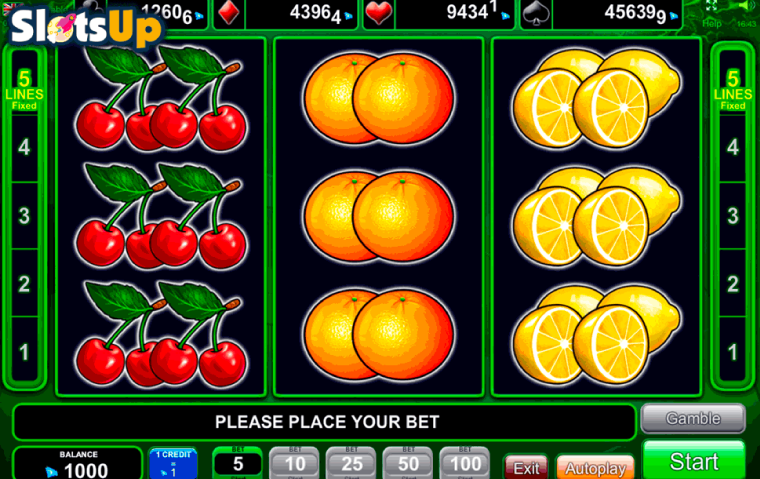 While there is no Burning Hot Free Spins, there are a lot of other features which make this retro classic stand out from the crowd.

Wild is the Four-Leaf Clover icon. Except for the Dollar Scatter and the Star Scatter, it only occurs on reels 2, 3, 4, and 5. It also acts as a stand-in for all other symbols on those same reels.

One of the highest-paying symbols is the Dollar Scatter symbol, which can grant up to 5,000 coins each spin.

This surprise jackpot element called "Jackpot Cards" has four tiers, each of which is linked to a certain card suit:

After a spin has finished and you have collected your win, the extra feature for the Burning Hot slot machine may randomly activate. Any of the four jackpots might be yours!

You'll be asked to choose cards from a set of 12 face-down cards as the feature begins until you find three that match. Based on its value when the final matching symbol was revealed, the jackpot associated with the matched suit will be given out.

Any win that is equal to or less than 350 coins qualifies for the Gamble function. If you want to wager, hit the Gamble button and then decide whether to guess the colour of a face-down card with "red" or "black."

If you make a good prediction, you can double your wager! However, if your prediction is wrong, you'll lose the money you bet and return to the original game.

It's often the case that retro games lack the bonus features that modern players love, but with Burning Hot this just isn’t the case. You can even enjoy this game on the go via the mobile slot! Sign up and play today at Slingo.com.