The Centurion slot is a game played on 5 reels  and 20 paylines. The game was developed by Inspired Gaming, and is one of the most played titles they have. It features 4 bonus rounds, and all of them are unique.

Centurion mobile slot is playable on most mobile devices, so players can play the game anytime, anywhere, as long as they have a stable connection.

When it comes to design and themes of the Centurion slot uk, the game is well thought of. This is a Roman themed slot game, so players will come across familiar symbols; a Centurion helmet, crossed swords, a coin, the Centurion logo, and two centurions handling a chariot. There's also the standard poker card symbols of 10 to Ace.

The Basics: How to Play Centurion Online Slot 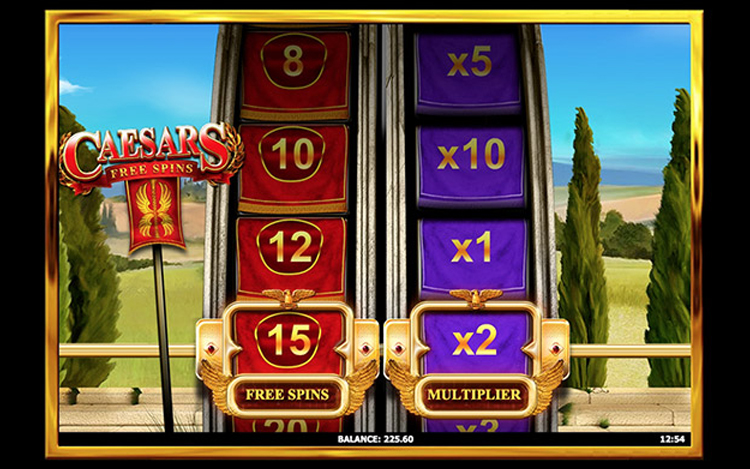 Centurion slot online has a set of 20 paylines. However, players can change the amount of money they bet. Players can bet between 0.20 which can be increased up to 250.00. Once players have selected their bet, they can click the spin button at the bottom of the screen.

The Centurion slot machine has an RTP of 95%. It may not be the highest RTP out there, but it's not the lowest either. Players need not worry since the game’s bonus features, varying coin sizes, and exciting gameplay, make the Centurion online slot worth playing. 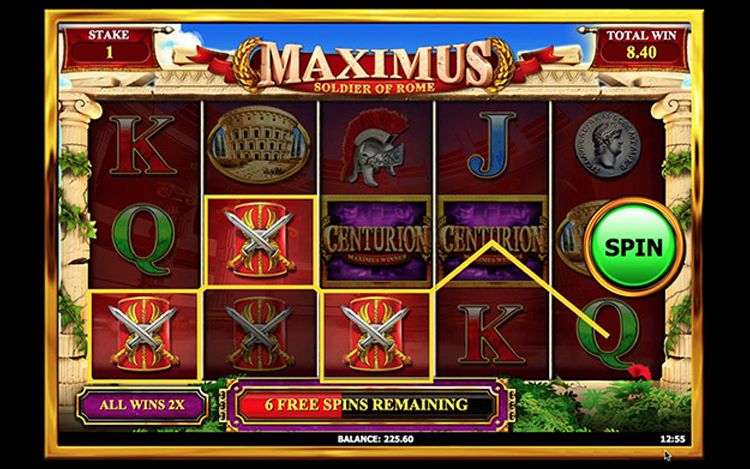 3 shield-wielding Centurions appear, covered in multipliers, arrows and “collect”. Players need to hit the stop button, and the flashing light will land on a position of the first shield. A multiplier awards the prize, while the arrow will move the player to the next. Landing on the centurion with the “collect” ends the round.

Players will have to spin 2 wheels to determine the number of multipliers and spins that will be awarded to the Centurion slot.

Players in this bonus round have to move their centurion across the board to get to Rome. Take note that there are multipliers up for grabs along the way. If players make it to Rome, or land on a tile that says, “Go to Rome”, they’ll be taken to Rome and get a large random prize.

Players are given 3 free spins on this feature. And the wilds will change position during each round.

Other than the four features, Centurion also has 4 different reel modifiers, which can be triggered at any point of the game. These modifiers award players with major wins.

If you are going to play Centurion, play it at Slingo.com. Choose your weapon, strap that shield, and battle your way to glory and amazing prizes.