The Epic Journey slot game is a unique inspired slot created by popular developer Red Tiger Gaming that takes players on a journey back in time to Ancient China and incorporates influences from the region's stories, legends, and tales. While the Epic Journey slot doesn't have free spins, it does have a number of additional features such as tile features, nudge features, a gold bonus, and a journey bonus feature, which we will explore more as we continue this review.

While ancient Greek, Roman, and Egyptian slots are always popular, Red Tiger Gaming went above and above with the Epic Journey slot game, which was inspired by ancient China. Red Tiger Gaming didn't stop at making the theme stand out; they also made sure to include some fantastic bonus features including gigantic tiles, a nudge feature, and magic reels.

In the Epic Journey slot machine, a variety of symbols are used, including the low paying symbols, which are represented by the playing cards 10-A and can pay out a maximum of 10-32 coins. The Ancient Scroll can be worth up to 50 coins, while the crown can be worth up to 120. There's also a wild symbol used in the Epic Journey slot UK which can stand in for all other symbols.

The Basics: How to Play Epic Journey Online Slot 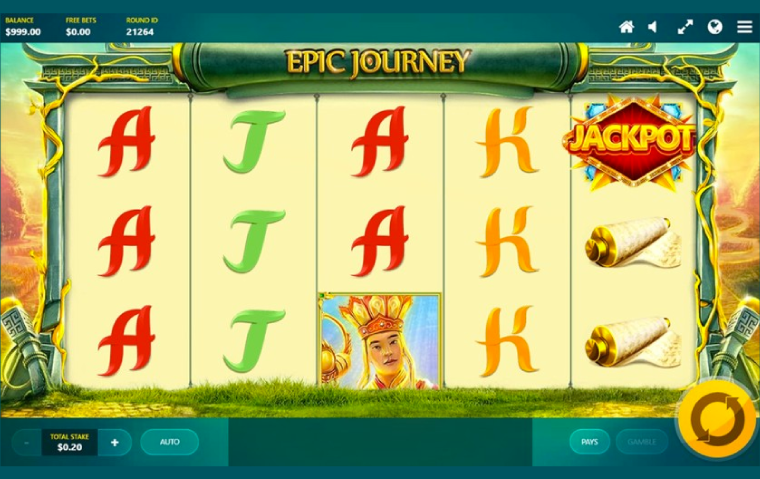 The Epic Journey slot machine has a standard 5x3 video slot layout, as well as a free play mode for those who prefer to play for fun or learn the rules before betting real money. The game itself can be played on all devices including on the go as a mobile slot. When playing the full version, you'll need to start by deciding how much you want to bet. The Epic Journey slot online has a multitude of betting settings to suit a wide range of gamers, so you'll most likely find a setting that suits your playstyle. Once you've decided on your bet, simply press the spin button to start the reels spinning. Three or more matching symbols across an active pay line make winning combinations, and all rewards are made according to the paytable. 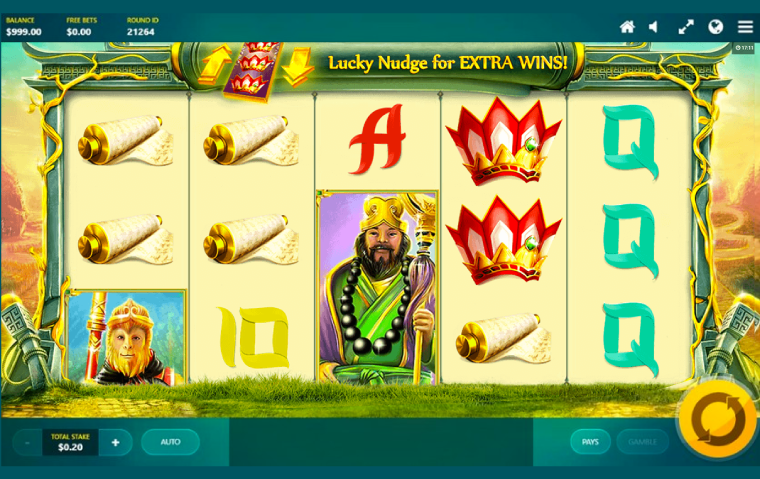 Once again we’ll address the elephant in the room; the Epic Journey slot doesn’t have any free spins bonus round. Instead, though, there is a selection of fun features which are as follows:

The Epic Staff feature can be activated at any time and grants one of the following benefits;

When you activate the Mega Tile feature, a super-sized 3x3 symbol appears on the reels. This comes with a symbol win guarantee. The Magic Nudge Feature moves one or more reels up or down to create a winning combination. In order to generate a symbol win, a variety of low-paying symbols will transform into high-paying symbols using the Magic Reels feature.

The Gold Bonus feature is triggered when three or more bonus symbols appear on the screen. Players are given five options and the possibility to uncover multipliers in this pick and win feature.

Do you think you’re ready to go on an Epic Journey? If so, grab your bag; but remember to travel light as you’ll be responsible for carrying what you bring! As mentioned you can play the Epic Journey game on any device of your choosing, making it great for gaming on the go. You can play the Epic Journey slot as well as tons of other slots, Slingo games, bingo games, casino games, and more at Slingo.com; sign up and play today!