Io is a six-reel, four-row slot machine, but you can play with eight rows at any point in the game by doubling the number of rows. The number of winning combinations increases from 4,096 to 262,144 as the grid gets bigger.

A casino space station is travelling through space when Jupiter's strong gravity pulls it towards one of its largest moons, Io. This is the amusing history of the space-themed slot machine Io.

The moon, which is slowly revolving in the background and is surrounded by hundreds of stars, as well as the colourful diversity of symbols, are just a few of the Io slot games' striking visual features. The audio is also excellent, with computerised speech snippets and futuristic synth music enhancing the mood.

We’ve already mentioned the outer space casino theme, so now let’s move on to the symbols. Although the Io casino slot from ELK Studios' regular symbols is rather straightforward, they nonetheless have a futuristic design that fits the concept.

Following the Diamond, which is worth up to 2.40x your wager, is the 7 symbol, which pays up to 10x your wager. The greatest payout for the Clover symbol is 1.20x, while the Star pays up to 0.90x.

To win up to 0.30 times your wager, land the Ace, King, Queen, or Jack. The Io slot UK also features a number of bonus symbols, which we’ll get to later.

The Basics: How to Play Io Online Slot 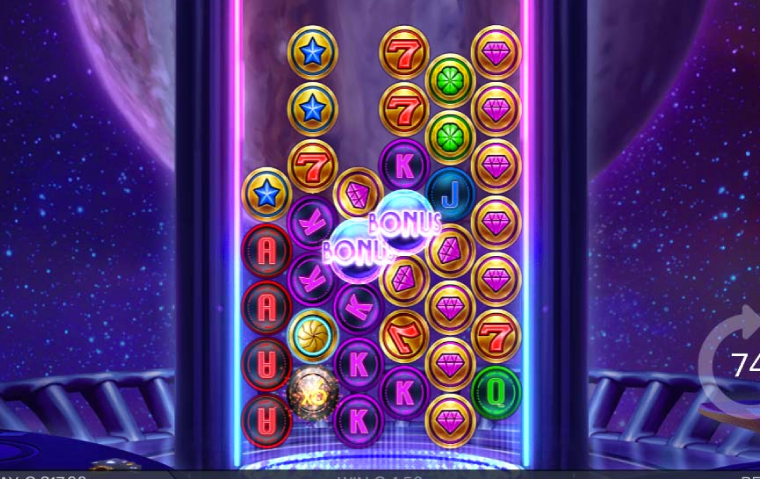 Despite its high-tech, futuristic design, the Io slot is very easy to play. Firstly, load the slot at Slingo.com. As this is a space-themed game it's no surprise that the Io slot online has an up-to-date mobile slot that you can enjoy on the go. Before launching the reels, you can want to set your stake. To access the bet setup menu, tap the "coins" icon in the bottom-left corner. Then, select the bet you want to place. Use the "spin" button to begin after that. At any point in between spins, click the "menu" button in the top-left corner to view the paytable and general guidelines. 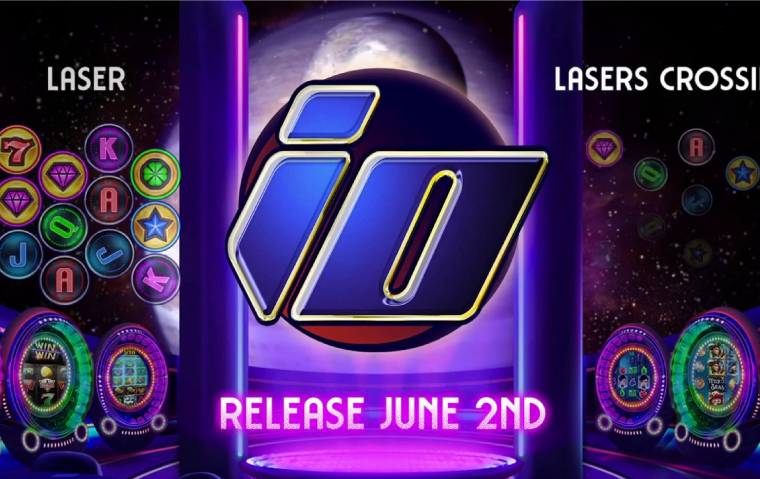 The Wild symbol can be used in place of all other regular symbols, and it is the most valuable symbol in winning combinations that only contain Wilds.

The Bonus Game, which features free drops, is initiated when three or more Bonus Scatters appear. When you activate the Bonus Game, the game screen is expanded to eight rows. At the base of the game grid, Wild Forge and Charged Wild symbols assemble in between free drops. combinations.

Except for Charged Wilds, any symbols that aid in a win disappear off the screen, making room for new symbols to take their place. With a maximum of eight rows available, an additional row of symbols will show up at the top of the screen.

With the Avalanche feature, you can get many wins in a row on a single spin, giving you the chance to win larger payouts more quickly! The Avalanches will continue to play until you run out of winning combinations.

When a Charged Wild symbol is a part of a winning combination, it sacrifices one of its four additional lives. Charged Wilds can also be used in place of any common symbol.

When two Laser symbols' beams collide, both the Laser symbols and any regular symbols that appear along those beams turn wild. The typical symbols along one laser's beam will be taken away.

While there aren’t any Io free spins, there is a lot else to love in this slot. To play the Io game for yourself, sign up and play today at Slingo.com.