Two of the most popular genres for online slot games are adventures and Ancient Egypt. Pragmatic Play has combined both of these with its latest hit, the John Hunter and the Tomb of the Scarab Queen online slot game.

The title is the third to feature the lead character, following on from John Hunter and Da Vinci’s Treasure and John Hunter and the Aztec Treasure. Both of these games proved to be fairly popular with audiences, with some good payouts being complemented by simple gameplay and fun features. Has Pragmatic Play managed to build on that success with the John Hunter and the Tomb of the Scarab Queen slot? Let’s take a look in this review and find out.

Anyone who has ever played an Egyptian-themed slot should know what to expect from this title. The game doesn’t deviate from the well-trodden path of similar titles too much. The action takes place in the middle of the desert, with sun-kissed pyramids sitting on either side of the reels.

The reels themselves have a simple but effective design. They are bordered with gold and jewels, with intricate patterns in the top corners. On the whole, things have been kept very simple, with no extra grids or animations being involved.

Of course, all of the symbols are also similar to what else you would see in the genre. The titular character is the highest paying standard symbol in the base game, coughing up 16x your stake for combinations of five.

Other symbols here include genre regulars like Anubis, a scarab beetle, and the pyramids. Hunter’s bag and belt also make an appearance to help pad the character element of the slot out a little bit.

The Basics: How to Play John Hunter and the Tomb of the Scarab Queen Online Online Slot 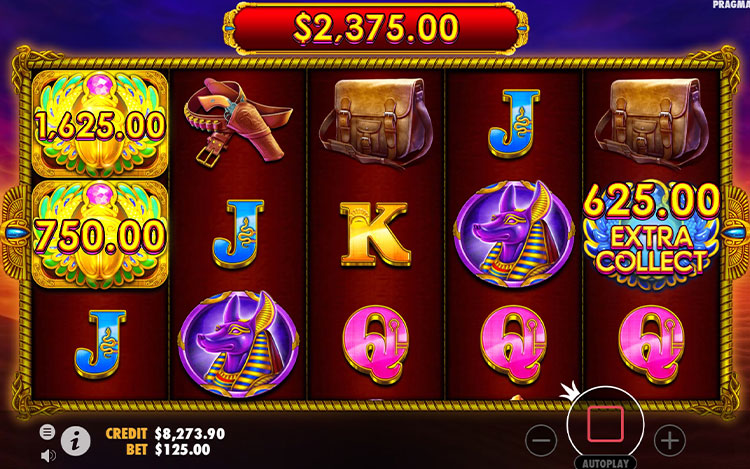 The basic gameplay of John Hunter and the Tomb of the Scarab Queen slot machine is kept nice and simple. The action unfolds on a  5x3 grid with 25 active paylines, one every spin. To get the reels spinning, players will need to hit the spin button located in the bottom right-hand corner of the slot. They can also use the +/- buttons to adjust the stake before they start.

The John Hunter and the Tomb of the Scarab Queen RTP will vary depending on which version of the slot you are playing. The highest version of the game will come with a solid 96.5% RTP, which puts it above the industry average. The game has been given a 3/5 volatility rating by Pragmatic Play, which puts it in the medium bracket.

As far as wagering goes, the slot offers a good range. The minimum that can be bet on one spin is £0.25, while the maximum is £125. This is the type of range that is definitely going to suit players on a higher budget. 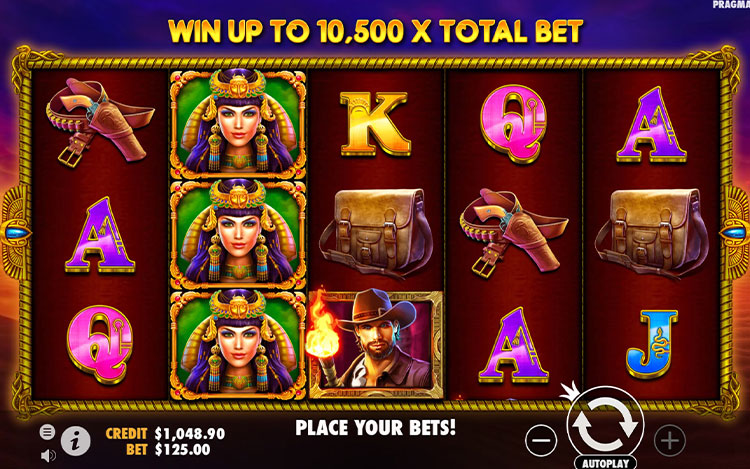 The selling points for John Hunter and the Tomb of the Scarab Queen slot game UK are the bonus features. The game has a money collect feature which is where players can potentially get their hands on the big winnings.

During the game, money symbols will land on reels 1-4. If you land these on reel 5 with one of the following collect symbols, then you will receive the corresponding payout -

As well as this, there is also a bonus spins round in the game. This is triggered when you land three or more scatter symbols. This will trigger eight spins. During the round, money symbols are collected in a pot in the top corner of the screen. When the bonus spins are over, a big scarab beetle symbol is added to the reels with the value of the pot. If you land a collect symbol on the fifth reel, then you will receive that payout.

Those who have enjoyed the previous entries in the John Hunter series are going to love playing John Hunter and the Tomb of the Scarab slot online at Slingo Casino. The game has a simple but effective design and it offers a selection of good bonus features. The collect features, in particular, offer some great winning opportunities, and the free spins bonus is also very effective.