Four modifiers, four bonus symbols, a wild symbol, and just as many enchanting thrills as the book it was based on are all included in the Jungle Jackpots slot machine online, for some seriously good Jungle fun.

In Blueprint Gaming's Jungle Jackpots slot game, Mowgli embarks on an adventure through the wild. Other such well-known figures, such as Kaa, Baloo, and Bagheera, also make an appearance. You might be able to make it through this jungle with some additional riches in your pocket if you have their assistance and special elements like locking wilds and bonus gambles.

Play the Rudyard Kipling-themed slot machine Jungle Jackpots from Blueprint Gaming to get a taste of his writings. This game is set within the pages of the book rather than being based on the well-known animated adaptation of the story. If you like both bonus games and modifiers in your slots, you shouldn't ignore the Jungle Jackpots online slot because it has both.

The Jungle Jackpots slot UK contains a wide range of symbols, but many of the characters—including Mowgli and Kaa—appear only in the game's bonus features. Instead, there are symbols for the Jungle Jackpot Bonus, candles, houses, fruit bowls, and wild footprints.

The Basics: How to Play Jungle Jackpots Online Slot 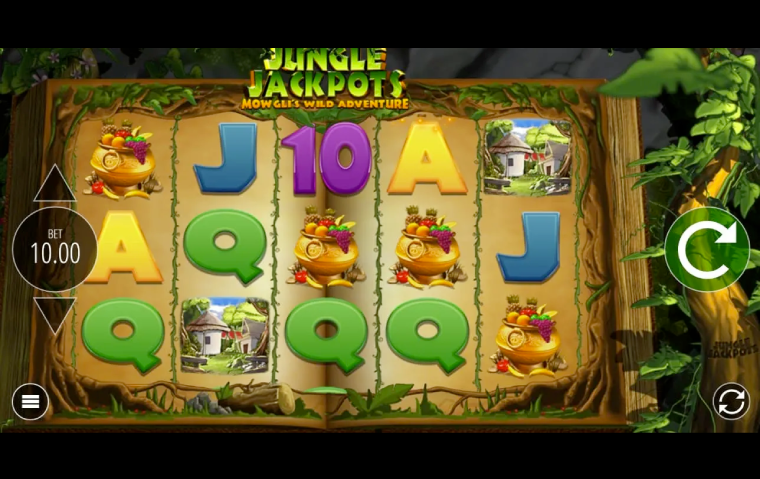 Start playing the Jungle Jackpot slot at Slingo.com by loading the game on your preferred device. The Jungle Jackpot mobile slot, which has excellent graphics, looks just as nice as its online counterpart and is great for gaming on the go.

Due to its mild volatility and relatively easy-to-use interface, both novice and experienced players can enjoy playing the Jungle Jackpots slot machine. The Jungle Jackpots slot machine game has 20 fixed paylines, so each time you place a bet, your stake will be split evenly across all of the paylines. Players don't have to worry about activating or deactivating lines, which greatly speeds up setup. Once you're satisfied with your bet, click spin to start the reels turning.

The Jungle Jackpots slot online has a theoretical RTP of 95.63% which is pretty respectable by modern gaming standards. Played at medium volatility, the Jungle Jackpots online slot caters to wagers starting at  20p per spin and climbing up to £500 per spin. 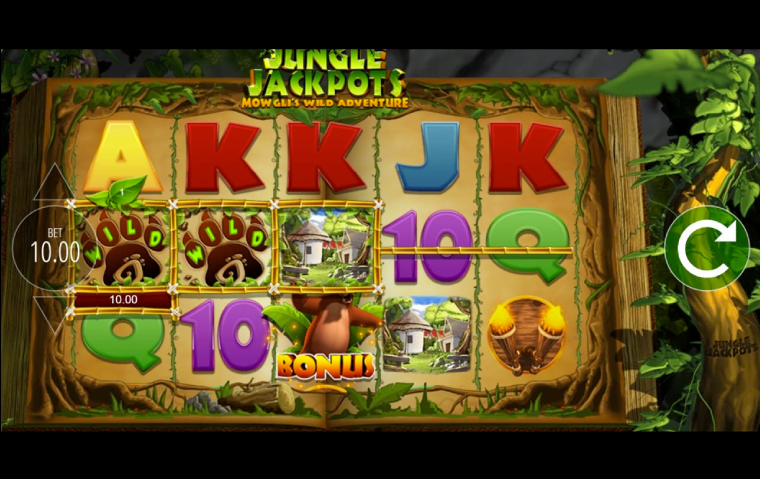 Vultures may also appear in this feature and add new symbols to the reels to provide more winning combos. In addition to the reel modifiers, the Jungle Jackpots casino slot machine also has the following bonus features:

To explore the magical world created by Rudyard Kipling in a way like no other, then sign up and play today at Slingo.com and play the Jungle Jackpots slot.