The King Kong Cash slot game has exactly the theme you’d expect and takes place in the jungle. There aren’t fruit symbols as you might expect from a slot of this genre though, and instead, this slot features symbols which set this slot's fun and lighthearted tone.

The Basics: How to Play King Kong Cash Online Slot 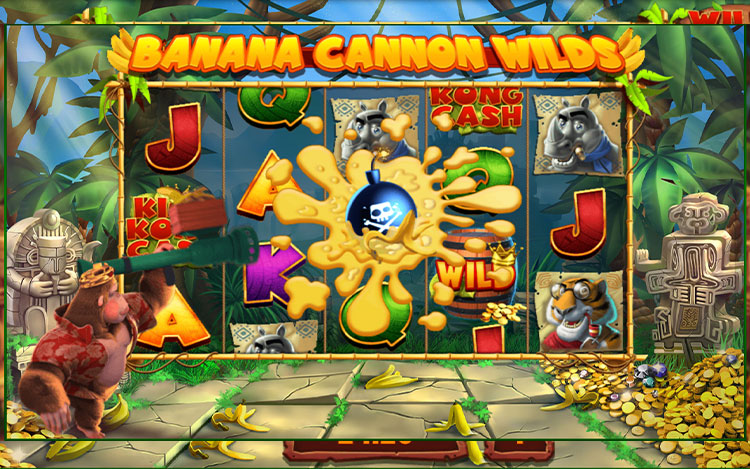 King Kong Cash can be played for as little as 20p per spin up to a maximum of £500 per spin. It is a medium to high volatility slot that has a theoretical return to player of 95.8%. 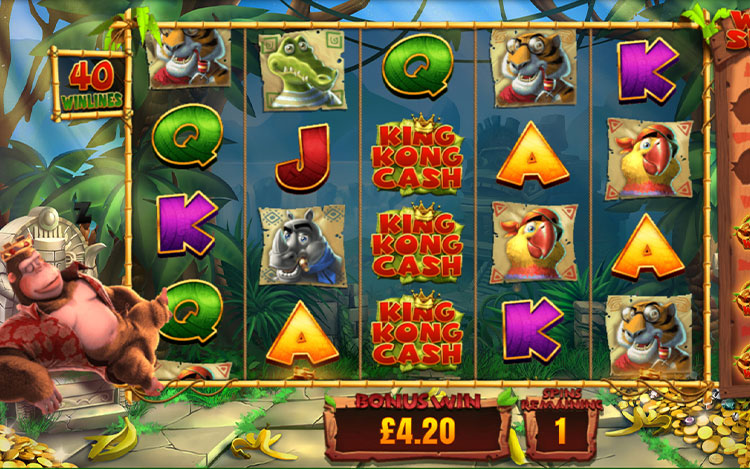 The Sleeping Kong feature is triggered randomly when King Kong wakes up and will apply a variety of modifiers to the gameplay:

There are four different bonus rounds on offer in the King Kong Cash game including two King Kong Cash slot free spins rounds. All bonus features are triggered by landing three or more scatter symbols during a single spin.

Collecting golden monkeys during the bonus games earns you the Big Monkey Bonus. This feature allows players to win up to 1,000 times their initial bet.

King Kong Cash is one of Blueprint Gaming’s flagship series, and there are now multiple iterations of the game including Cash Pots and Jackpot King variants. Other iconic games created by Blueprint include the Fishin’ Frenzy slot series as well as the Eye of Horus series.

If you want to play King Kong Cash or tons of other great slot games, then come and play with us at Slingo where we have a whole host of treats in store for you!