Lucky Leprechaun slot online is a game by MicroGaming that a lot of our players at Slingo.com really enjoy playing. The online slot offers a colourful and fun experience with interesting features rainbows, and of course, the Lucky Leprechaun himself. This is a 5 reel with 20 paylines game. This slot is inspired by the leprechauns from the Emerald Isle.

The Lucky Leprechaun Slot us kas a reel that appears against a backdrop of rolling hills under a blue sky. Below the reels, players will find the buttons for spin and auto play. Running tabs also record players’ bets and amounts. The graphics of the game are colourful and fun, the soundtrack is also catchy especially when the players hit a winning line. And also, it's difficult to miss the voice of the leprechaun. As mentioned, the game offers excellent slot features  and symbols. The game includes the symbols of; the lucky leprechaun, a smoking pipe, a violin, beer, and lastly, a pot of gold. There are also additional playing card symbols, the game logo acts as the Wild, the four leaf clover is the game’s scatter, and the pot of gold is the bonus symbol.

The Basics: How to Play Lucky Leprechaun Online Slot 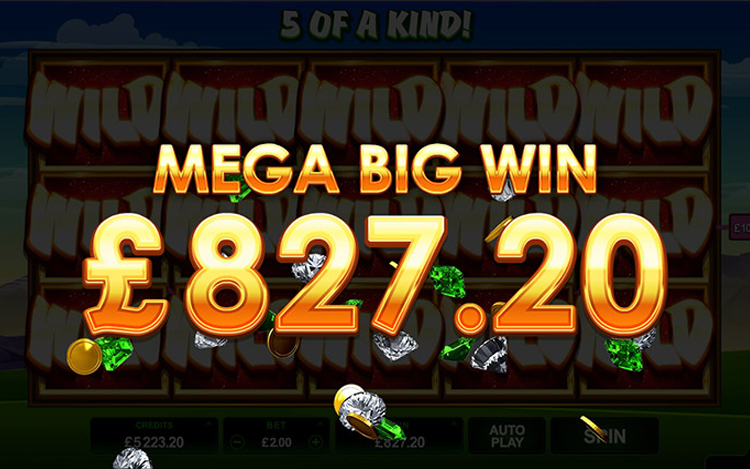 The Lucky Leprechaun slot online has an RTP of 96.33% which is actually a good rate, not too low nor too high. The maximum bet is placed at 10,000 coins 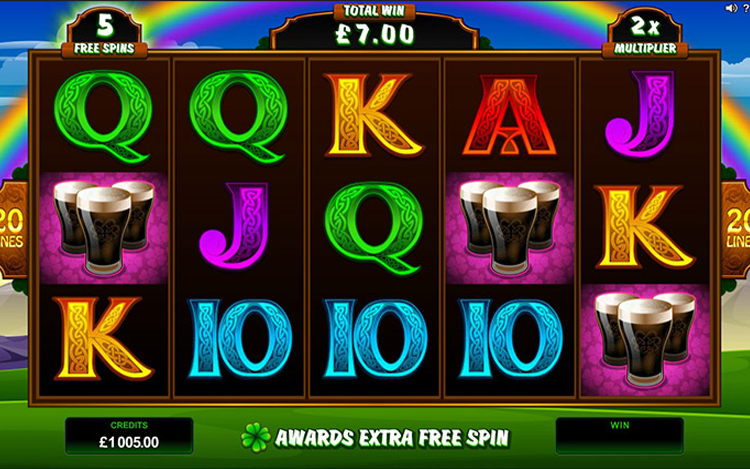 The Lucky Leprechaun’s logo is the game’s wild, and it appears stacked both during the bonus game and the free spins bonus. Like any online slot game, the wild substitute for all symbols excluding the pot of gold symbol.

The Trail O’ Fortune is a mini game within the Lucky Leprechaun slot game. This feature is activated when players have three, four, or five bonus icons anywhere on the reels. When this happens, players are given four, five, or six rolls of the dice, after which, players move along the trail by one to five squares. Now, every spot on the trail hides a bonus prize, although the prize at the end of the rainbow depends on how many bonus symbols players have uncovered to trigger the game. For instance, if the player found three bonus symbols, the pot is equal to 500X their bet. And if players get five bonus symbols, players get 1000X their bet. Additionally, if players land on an emerald, players will be rewarded with another free spin. And the rainbow bridge enables players to jump several squares on the trail.

The four leaf clover is the symbol for free spins. When players land this icon on the fifth reel, players will win five freebies with a 2X multiplier attached to all wins. The wilds remain stacked, and the Leprechaun symbol will transform into a wild, giving players more prospects of hitting a win with Lucky Leprechauns slot free spins.

In a nutshell, the Lucky Leprechaun slot online is a great game to play. Players would enjoy the features and the overall looks and feel of this slot. This is one of the top online slot titles players can play at Slingo.com.