Slingo Deal or No Deal Game

4.4Rating
Slingo Deal or No Deal is a fast, fun and exciting game with all the best bits from the hit game show plus an innovative Slingo twist. Choose the correct boxes to mark numbers off on the Slingo grid and work your way towards the Banker’s Offer, with a top jackpot prize of £100,000! Think you’ve got what it takes? Play Slingo Deal or No Deal now! 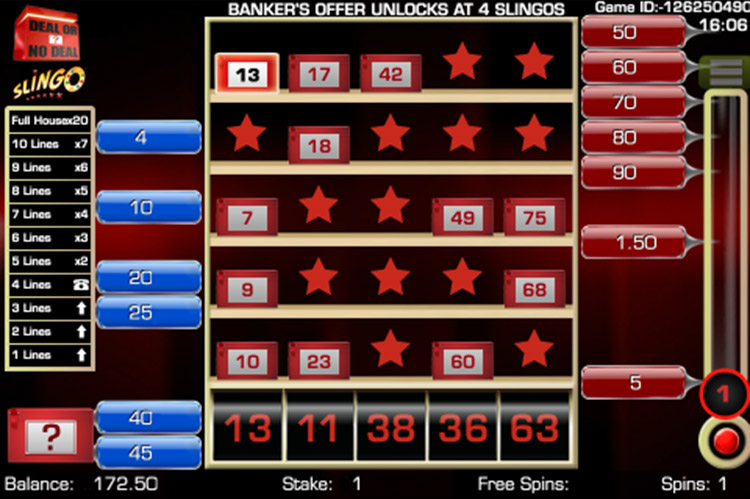 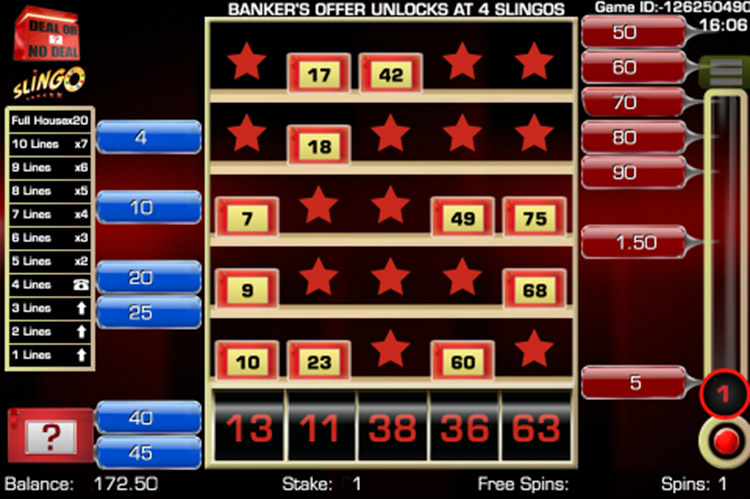 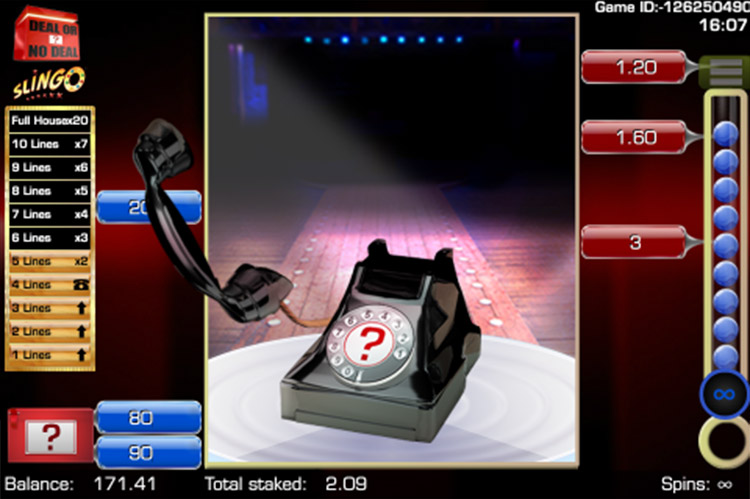