4.2Rating
Slingone Fishin’ is a fast, fun and exciting Slingo game where it’s your mission to reel in some tasty cash prizes! Complete Slingos to add fish with cash values to the grid, and find the fishing rod symbol to catch them and be rewarded. With Wilds, Super Wilds and free spins up for grabs, this action-packed game is full of surprises. Ready to bring home the catch of the day? Play Slingone Fishin’ now! 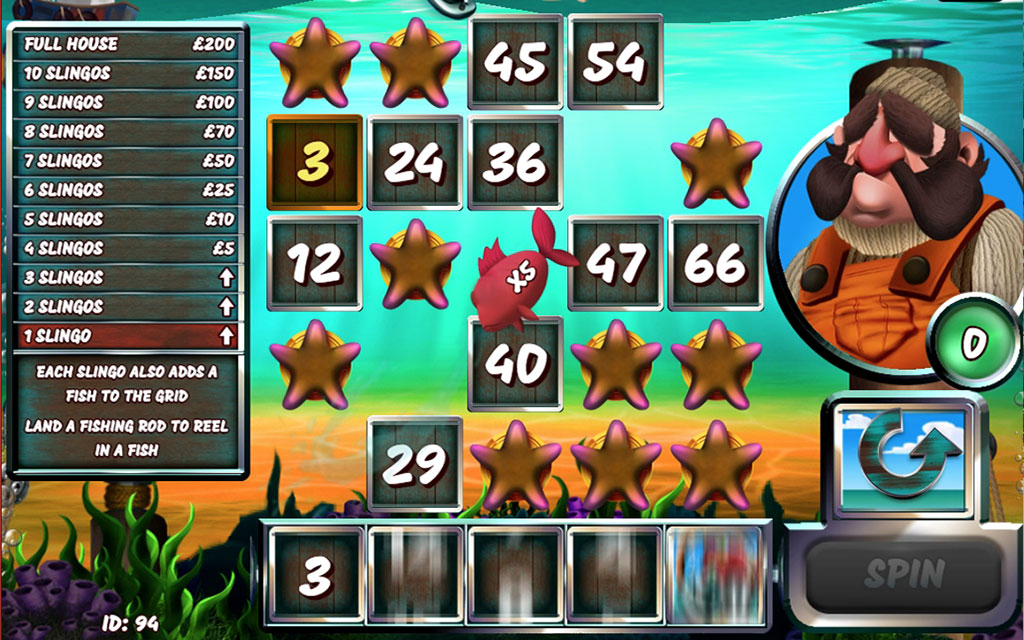 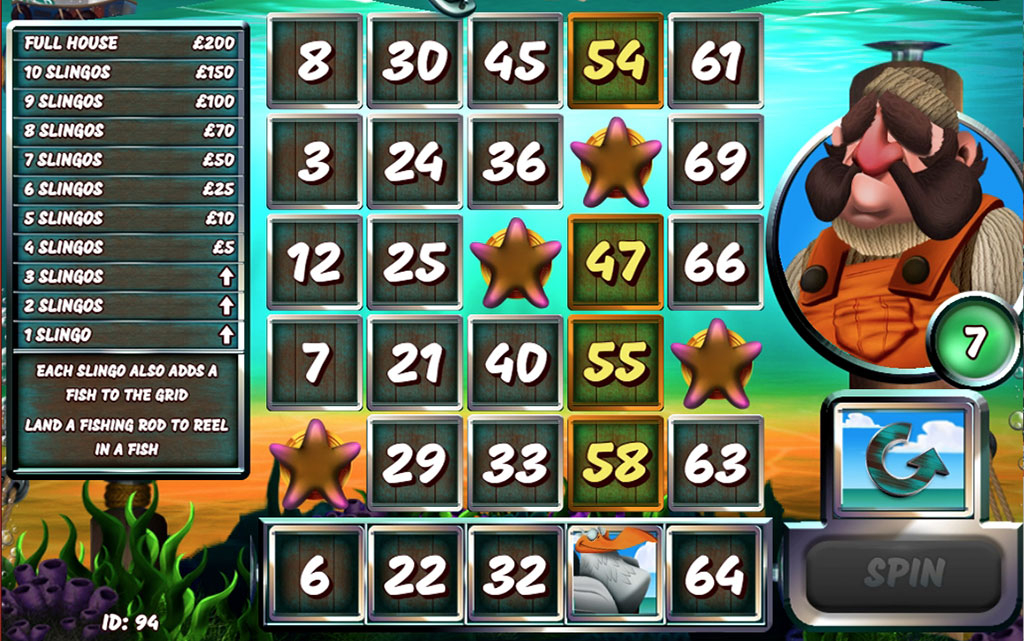 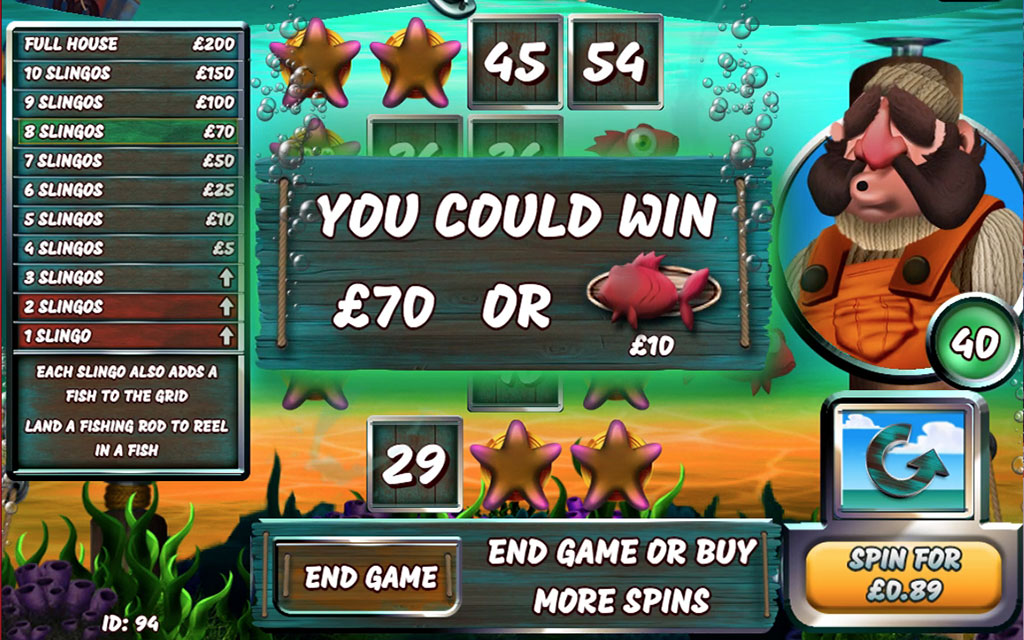