4.0Rating
Money Train is a five-reel, four-row online slot created by Relax Gaming. The bonus round is started by landing scatter symbols on reels 1, 3, and 5, and the game is set in the Wild West. Multipliers, expanding reels, and special golden symbols appear during the free spins. 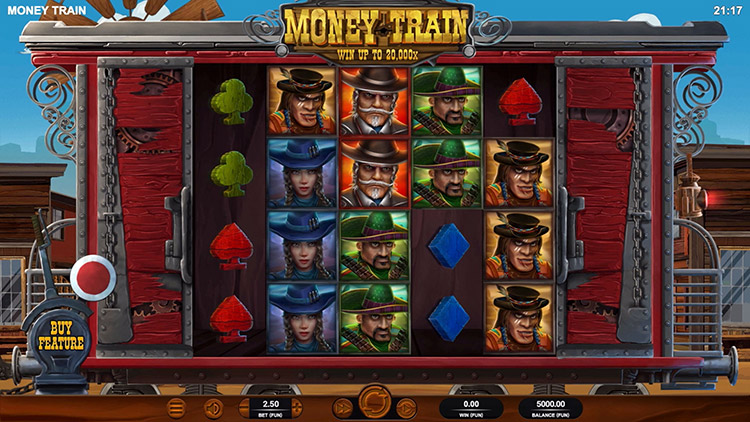 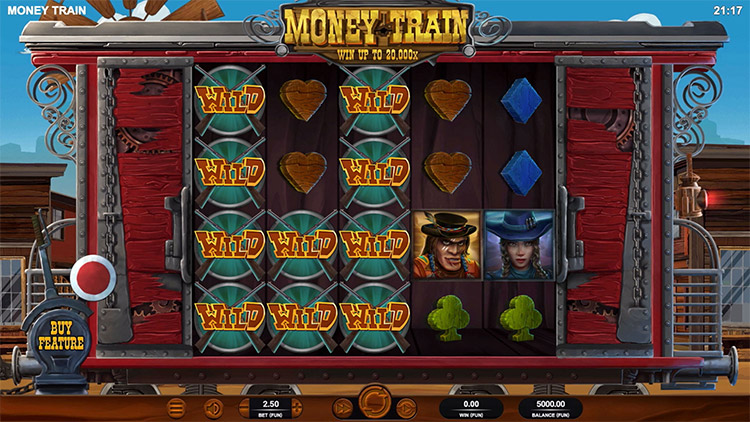 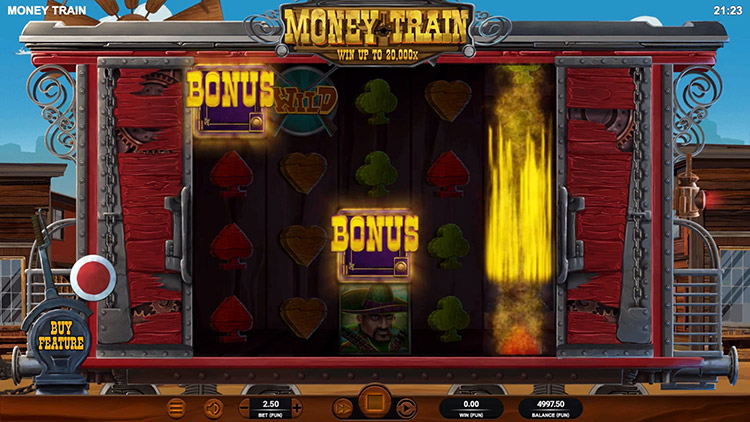