4.4Rating
Pyramid King is a fast, fun and exciting slot that transports us to the fascinating world of Ancient Egypt. Find precious artefacts on the reels to be rewarded with amazing real money prizes, or trigger the Free Spins round to get ten free spins with special expanding symbols! With its fun theme and exciting MONEY Respin plus the chance to win one of THREE incredible jackpots, you’ll love this high-quality slot. Ready to uncover the mysteries of Ancient Egypt? Play Pyramid King now! 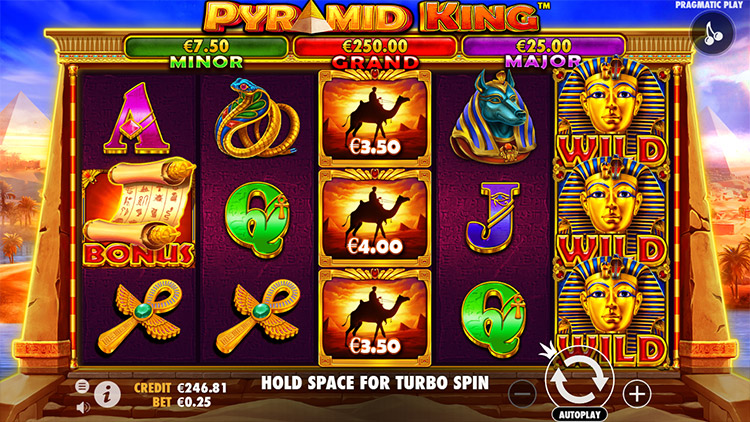