Shadow of the Panther Slot Machine

4.3Rating
High5 Games' Shadow of the Panther is a popular land-based slot machine. It has a bit kitty motif and is set in a jungle, with 5 reels and 30 pay lines. It has split symbols that let you win up to ten symbol combinations, as well as Super Stacked symbols. The Free Games Bonus feature, on the other hand, is all about getting up to 15 free spins with Super Stacks, which can result in some decent prizes. 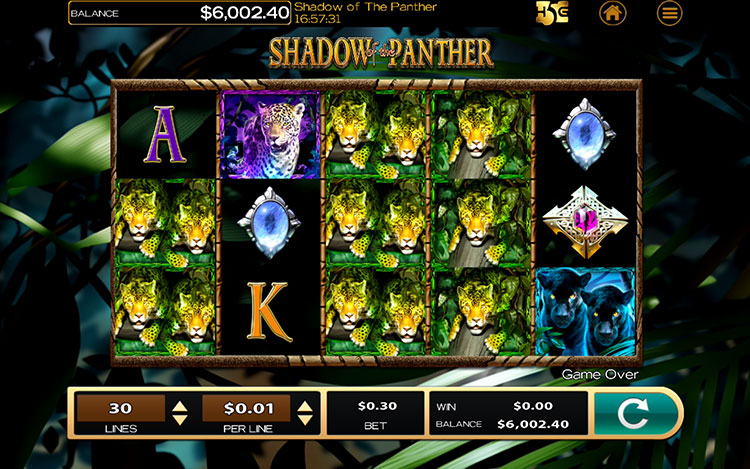 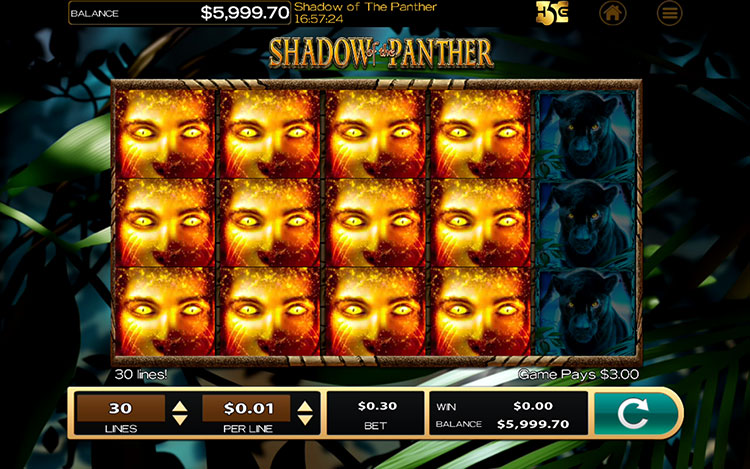 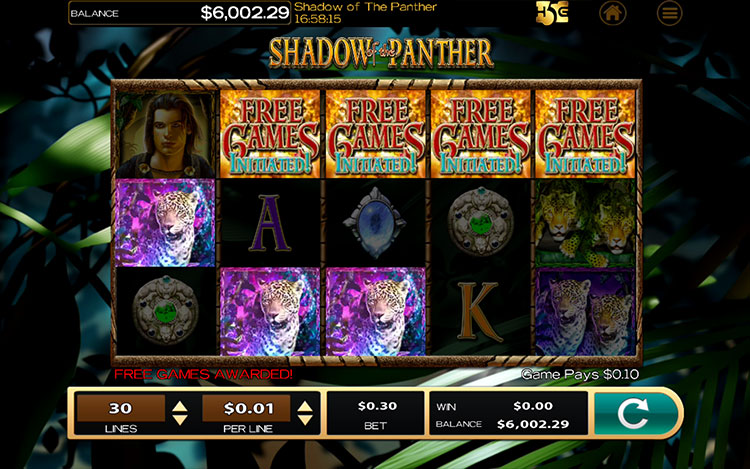 Shadow of the Panther Game Description