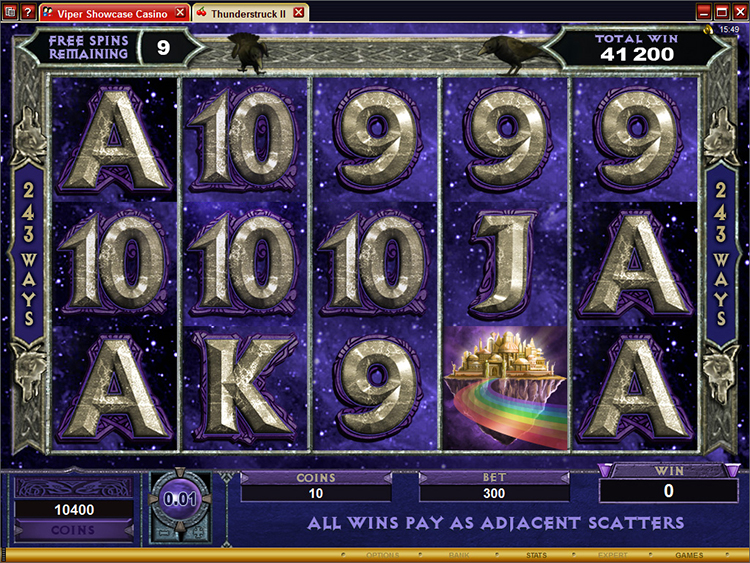 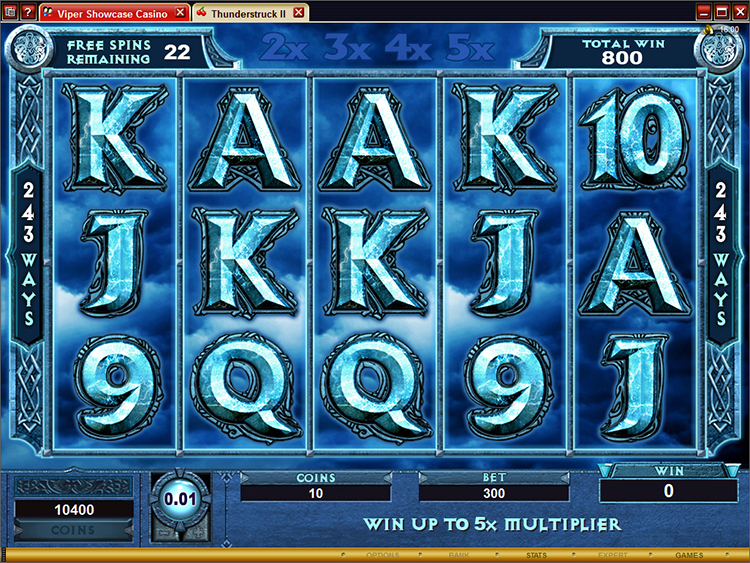 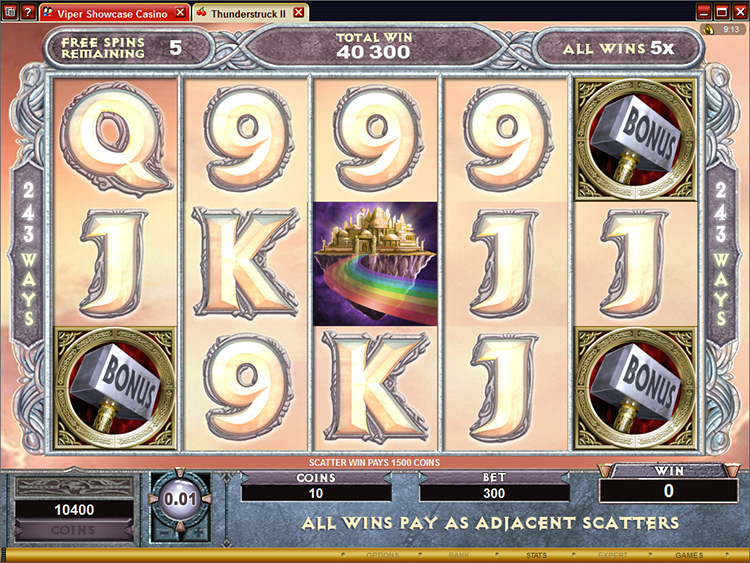 If you’ve been playing online slot games for a while you’re sure to have heard of Microgaming’s Thunderstruck slot series. Inspired by Norse mythology the Thunderstruck II slot game was created all the way back in 2010 but still manages to captivate and enthrall players with its great graphics and immersive bonus features. Boasting an impressive 243 different ways to win with each and every spin plus four different free spins rounds, the Thunderstruck II slot machine is able to hold its own against even the most recent releases and we think will still be worth a spin or two another decade down the line!

Playing the Thunderstruck II slot machine begins by configuring your wager. This is done by using the + and - buttons to set your coin size as well as the number of coins you want to wager. Entering these values will inform your total bet amount. If you prefer to go all in with your wager you can pick the ‘bet max’ button instead to play the Thunderstruck II slot at its maximum wagering settings. When you’re happy with your wager all that’s left to do is click the spin button to begin. If you need to tinker with the game settings at any time simply click the gear button that’s found in the top left corner. Game rules can be accessed by clicking on the ‘?’ button.

The Thunderstruck II slot features a variety of symbols. The low paying symbols are represented by the royal playing cards which can award a maximum of 3.33x your stake for 5 on a payline. The viking ship and Valhalla pay up to 8.33x and 10x your stake respectively while the Valkyrie will pay up to 11.6x your stake. Next up ate the gods, Loki will pay 13.33x your stake, while Odin will pay up to 15x and Thor a little more at 16.66x. Thor’s hammer is the scatter and can also pay 6.66x while the logo is the wild symbol and pays 33.33x.

There’s more bonus features than you could possibly ever want or need in the Thunderstruck II slot online. Starting off with the Wildstorm feature. When this feature is activated Thor’s lightning will turn 1-5 reels wild. If you’re spoiled with the maximum of 5 wild reels then you’ll walk away with a jackpot of 8000x your stake amount.

The Great Hall of Spins

The Thunderstruck II slot boasts four different free spins rounds. All of the free spins rounds are accessed by landing 3+ of the Thor’s hammer scatter symbols, but even landing 2 scatters will still award you a pay out of 1x your stake. Landing all six scatters will not only trigger one of the bonus features but will also award you 200x your stake. Here’s a run down of the four free spins features you can choose from:

This round is available from your first trigger and awards players with 10 free spins with a 5x multiplier applied to all symbol wins. Players have the chance to win 20 more free spins during this feature and can win a maximum of 1,383x their stake amount.

This feature is available after the 10th activation and will award players with 20 free spins. The Wild Raven feature is active during this round and can turn random symbols on the reels into 2x and 3x multipliers. If players land both ravens at once they’ll achieve a 6x multiplier. Players can win up to 3,320x their stake in this feature.

This free spins feature is available after the 15th trigger and gives 25 free spins with rolling reels active. The multiplier increases each time players land a combination in a chain reaction. The maximum amount players can win per spin is 1,383x thanks to the 5x multiplier which may become active.