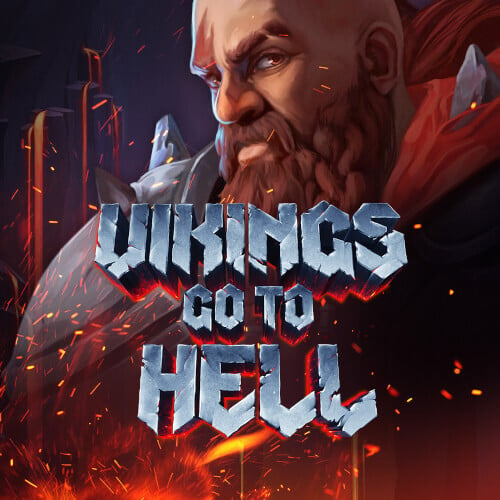 Filled to the brim with featured after features! Watch the reels come to life as they spin through hell with the Vikings racking up big wins. It's their biggest battle yet as they face the flaming demon; you're about to run through treasure chests, massive Free Spins and rage points flying all around you! If you're looking for your next thrilling adventure, you've found it

Welcome to Vikings Go to Hell! Your new favourite video slots with 3 Free Spins modes, Sticky Wilds, Base Game Respins and golden Treasure Chests. The slot contains 5 reels and 4 rows with 25 paylines - perfect. There will be 4 Viking symbols and 4 weapon symbols, if 3 or more are lined in sequence or payline from the leftmost position - you're winning. The game also includes a Wild symbol substitutes for all regular symbols, a Free Spin symbol that pays scattered and a Treasure Chest symbol which only appears on the 5th reel. Find out more:

Find 2 or more Free Spins symbols on the reels for a demon fight to take place with each Viking on the reels. Every time a Viking wins the fight, the Viking turns into a Wild symbol and 1 rage point for that Viking is given.

These are triggered any time 2 free spin symbols are on the reels. They cannot be retriggered by landing 2 more free spins symbols. All wilds on the reels will be sticky during respins.

The treasure chest only appears on the 5th reel and can award an Epic or Good tablet:

This is unlocked with 3 or more Free Spins symbols or winning a Free Spin trigger in the base game treasure chest. All Viking symbols that appear will fight a demon, if they win then 1 rage point is awarded and they turn Wild. All wilds are sticky.

THE LORD OF CHAINS:

These are the same as Level 1 free spins but only 7 spins can be awarded and only triggered by collecting 100 rage points on 1 Viking. The Viking that triggered this round always wins against the demon but doesn't collect rage points.

All sticky wilds from level 1 are reset and you will be given 7 free spins. If there is a Viking in Berzerk mode, he continues to be in that mode. At the end of each level 2 fee spin, 1 Viking is chosen to fight Lucifir - each hit on Lucifir awards 2 sticky wilds.

Lucifir appears at the end of each level 2 free spin where at least 1 Viking symbol is present (until he is defeated by getting 3 hits). He chooses a random Viking to fight. If the Viking gets a hit on Lucifir, it turns into a sticky wild, 2 extra sticky wilds are placed on the reels and 1 health bar is removed from Lucifir. Defeating Lucifir awards 3x multiplier on the entire fee spins session and all Vikings fight with the regular demon for the remaining free spins.

The treasure chest only appears on the 5th reel and can award an Epic or Good tablet: