How Many Numbers Are on a Bingo Card? 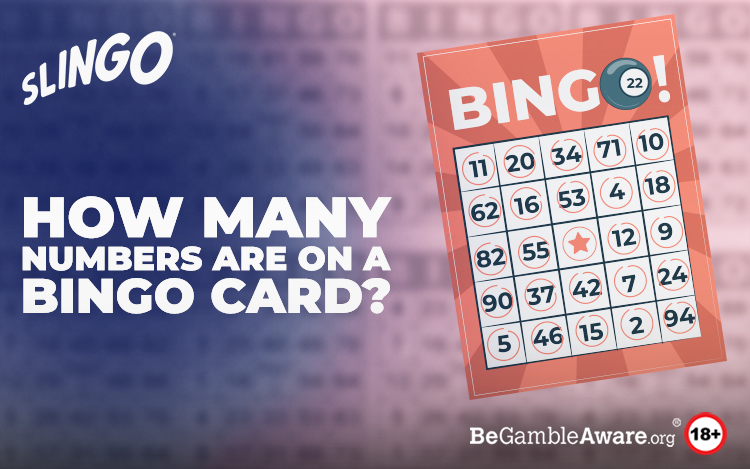 Learn the Basics of Online Bingo

Today there are plenty of online bingo games to choose from, including 90 ball bingo, 75 ball bingo and more. No matter which bingo game you play, the aim is to mark off numbers on your bingo card to complete certain patterns - whether it’s one line, two lines, a full house or something entirely different!

However, there are a few important differences between online bingo games when it comes to the layout of the cards.

The bingo card layout varies depending on how many balls are in play during the game.

Check out our summaries below to familiarise yourself with the different bingo card layouts you might come across.

90 ball bingo games are the most popular form of bingo in the UK, and they are usually played on a 3x9 grid.

Each card will have 15 numbers spaced out over the three rows, with some blank spaces too.

Wins are usually achieved by getting one line, two lines or a full house.

80 ball bingo is a faster-paced version of the game, and it is usually played on a 4x4 grid, with a total of 16 numbers on each card.

Winning patterns vary according to the specific game, but they often include diagonal, horizontal and vertical lines, four corners and full house.

75 ball bingo is the most popular form of bingo in the US, and wins can be achieved even faster than in 80 ball bingo! The numbers are presented in a 5x5 grid with a blank space in the middle, leaving you with 24 numbers in play.

The pattern you’ll need to complete to win varies from game to game; it could be a shape, a letter, a diagonal or something else!

Play all these online bingo games and more at Slingo.com, the official home of Slingo. Join us for an amazing gaming experience in a safe, secure environment that puts you first. Sign up today and play!

A Guide to Online Bingo for Seniors

How to Win Progressive Jackpots in Bingo
Follow us on