Inspired by Asian culture and traditions, the game centres around the lucky red envelopes that are traditionally filled with money and given to loved ones during Lunar New Year.

In Slingo Golden Envelope, you’ll collect red envelopes for your chance to win a prize. Work your way up to the top of the ladder to play the Golden Envelope jackpot bonus game!

How to Play Slingo Golden Envelope 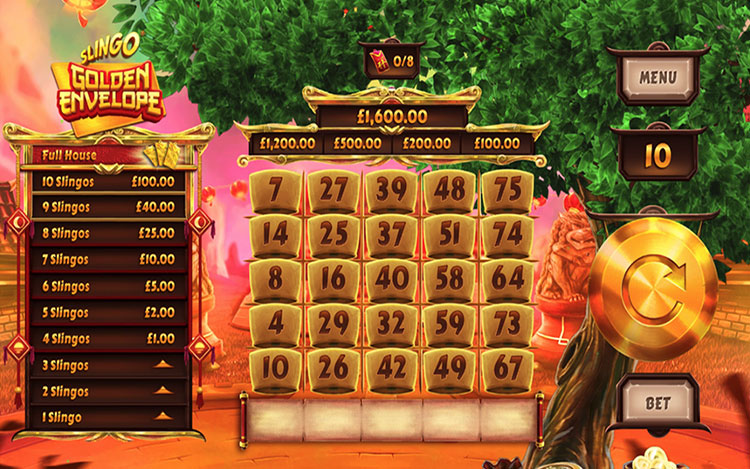 Before playing the Slingo Golden Envelope game online, you’ll need to decide on your stake. Once that’s sorted, it’s time to begin!

The aim of the game is to match up numbers on the reel with those on the grid. Completing a Slingo on the grid will move you up the pay ladder, and your goal is to mark off every number on the grid to achieve a full house and unlock the Golden Envelope Jackpot Bonus (more on that soon!).

As you play, collect eight red envelopes (from either the reel or the grid) to trigger the Red Envelope feature. You’ll then get to pick from envelopes on the screen, with prizes including additional picks, cash prizes and multipliers.

Slingo your way to the top of the ladder to play the Golden Envelope Jackpot Bonus! Pick from envelopes on the screen to reveal symbols, with three matching symbols resulting in a cash prize. There are five jackpot levels to play for: Mini, Minor, Medium, Grand and Super! 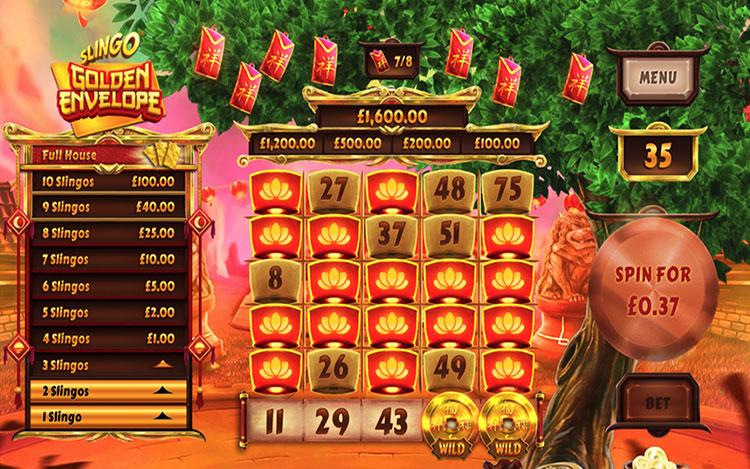 The Slingo Golden Envelope game has a few features you’ll recognise from other Slingo games, as well as some exciting new additions:

Try something new with the Slingo Golden Envelope game online! And where better to play it than the official Slingo site? With over 1,200 Slingo, slots and casino games plus amazing customer service and a fun gaming environment, Slingo.com is your #1 destination for a fantastic gaming experience. Sign up and play Slingo Golden Envelope here at Slingo.

The Best of Slingo Originals in 2022