Ever since its release back in 2020, Slingo Centurion has been one of the most popular slot games on the market! With its fun Roman Empire theme, exciting bonus rounds and the innovative Slingo mechanic, it’s easy to see why this game has proved such a hit with players around the world.

Read on to find out more about Slingo Centurion and what we love about it. 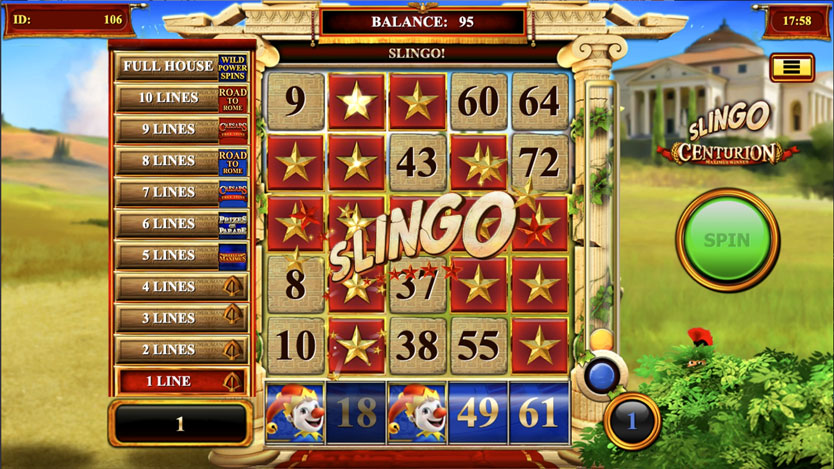 Slingo Centurion is part of the Slingo Originals family, which means it was created by Slingo’s expert team of games developers. With Slingo mash-up games like Slingo Starburst, Slingo Deal or No Deal and Slingo Rainbow Riches already under their belt, Slingo Centurion was an exciting new offering from the Slingo team.

Slingo Centurion combines the best bits of the familiar Slingo mechanic and the hugely popular Centurion slot game, which has a Roman Empire theme and lots of fun bonus rounds (more on those later!).

Slingo Centurion is set at the height of the Roman Empire – think Julius Caesar, brave centurions and plenty of hidden treasure waiting to be discovered! The game is set outside what looks like a Roman temple, and a friendly centurion even appears at the side of the grid to herald the start of the game.

Symbols including chariots, helmets and coins help to set the scene, just like what a soldier on the road to Rome sees!

The format follows the familiar x5 grid format of other Slingo games, and it’s easy to get the hang of this carefully designed game. 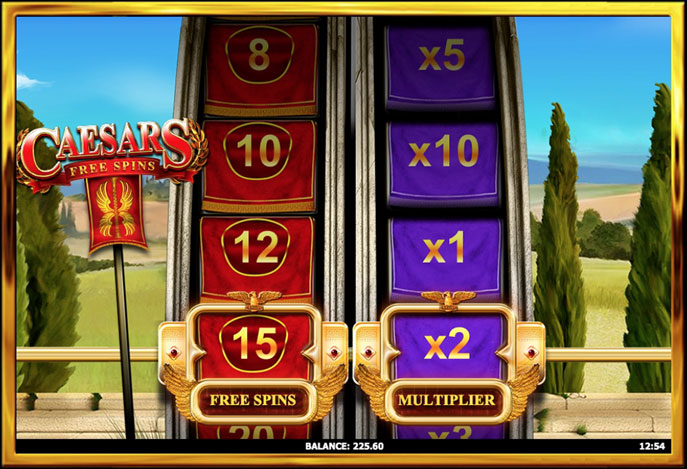 Slingo Centurion has seven exciting bonus rounds to give you even more chances to win a cash prize. The bonuses are triggered by completing five or more Slingos, and bonuses are shown in the pay ladder. For example, six Slingos triggers the Prizes on Parade bonus.

Let’s take a look at the different bonus rounds in a little more detail:

Reelus Maximus: This feature fills the first three reels of the five-reel slots with colossal symbols, increasing your chances of scooping a prize!

Prizes on Parade: This exciting feature invites you to hit ‘stop’ on the dancing light on one of the multipliers to win the prize it corresponds to.

Caesar’s Free Spins: You’re in favour with the king – Ceasar rewards his most loyal subjects with free spins and multipliers to increase their chances to win.

Caesar’s Free Spins Red: This round is the same as the previous one, except the number of spins and multipliers are boosted in the bonus.

Road to Rome: Make your way to Rome by rolling the dice to move around the board, collecting prizes as you go. If you make it to Rome, you’ll win a fantastic cash prize!

Road to Rome Red: The same as the previous round, with even bigger prizes up for grabs!

Wild Power Spins: A centurion will progressively place blocks of Wilds on the second, third and fourth reels through three power spins. 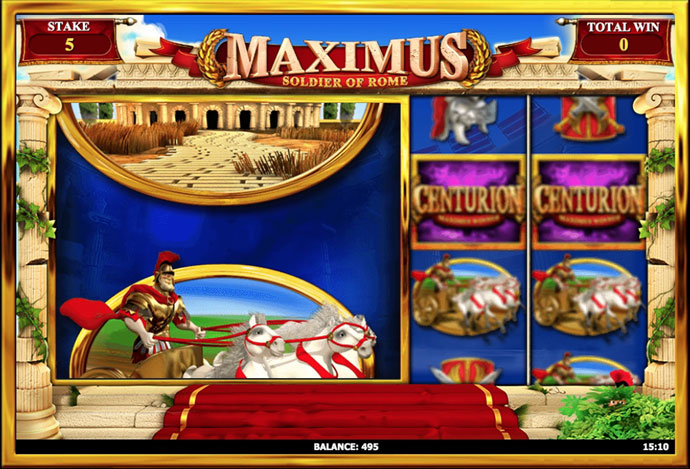 Slingo Centurion is fully optimised for both desktop and mobile use, so you can play whenever and wherever suits you best. Whether you love playing slots on your laptop or you’re more of an on-the-go gamer, let the world of Slingo Centurion come to you.

With its fun Roman Empire theme, exciting bonus rounds and epic real money prizes, Slingo Centurion is one of the most popular slots out there! Register and play it now at Slingo.com for a unique gaming experience in a safe, secure environment that puts you first.

Top 3 Things to Love about Eye of Horus Slot