A new year means new slot games, and we can’t wait to see what 2023 has in store! Of course, you can expect lots more exciting releases from the Slingo Originals team - but we’re keeping the details a secret for now…

In the meantime, there are many more games from other games developers that we can’t wait to add to our slots catalogue. Read on to learn more about three of our most highly anticipated games this year. 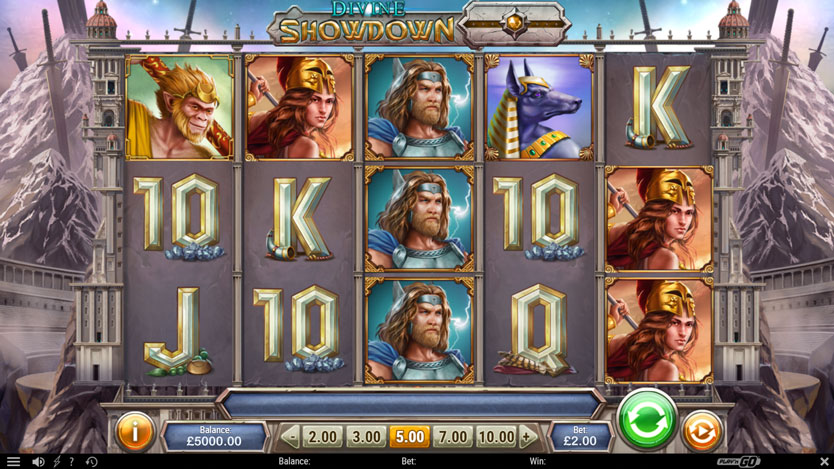 Okay, so this one isn’t technically a new release, but it’s new to the Slingo slots catalogue! Divine Showdown sees four gods from different mythologies and cultures battle it out on the reels. Who will you back to be the divine champion? Choose from the Chinese monkey god Wukong, Anubis (the Egyptian god of the underworld), Greek god Athena and Norse god Thor.

Each god has their own Power Spins feature, which can be randomly triggered to hopefully help you land winning combinations.

Activate the Free Spins round and you’ll be able to choose the god you want to go into battle. During battles, Power Symbols fill the reels and the god with the largest number of them at the end is the winner.

With its epic theme, beautifully drawn symbols and innovative battle feature, Divine Showdown is sure to be one of our favourites in 2023. 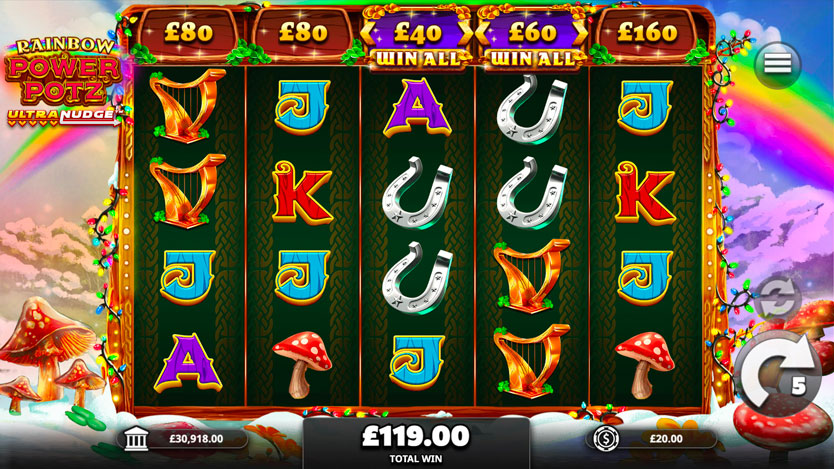 Rainbow Power Pots is an exciting new addition to the Slingo slots catalogue. The game combines the ever-popular Irish theme with a sprinkling of Christmas magic – think leprechauns, four leaf clovers and toadstools in a winter wonderland setting.

This fun slot game is packed full of special features. One of our favourites has to be the UltraNudge feature, which is triggered by any winning combination that includes a Wild. The win will pay, and then all symbols will be nudged down one position for more chances to win.

We also love the Power Pots feature, which involves a prize carousel at the top of the reels which moves along one position with every spin or nudge. The feature is triggered when one or more gold pots lands on the reels, and you’ll win the carousel prize in the same column as the gold pot.

Prizes include free spins, cash prizes and win-all prizes, where you win all of the prizes on the carousel. If you’re lucky enough to land more than one pot on the reels, you’ll collect a prize for each pot! 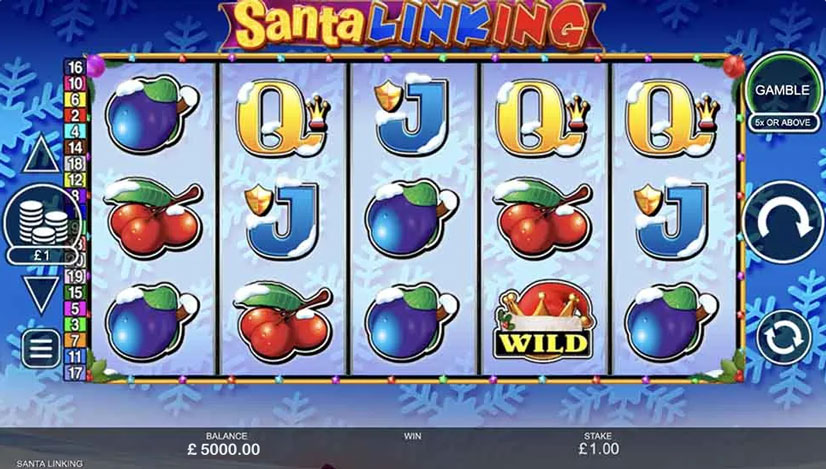 Santa Linking is another new release with a festive theme. In a nutshell, it’s a Christmas-themed version of the hugely popular Reel King slot with a simple yet engaging fruit machine-style theme.

Spin the reels to try to match up fruity plums and cherries on the reels, all with a sprinkling of snow on top to add to the festive theme.

One of the standout features of this slot is the Santa King feature, which is triggered after all five reels have lit up (with the characteristic ‘ding’ sound of the original Reel King slot!). The reels light up randomly, and then Santa symbols will appear to collect any coin symbols in view.

Collect six or more coins to activate the Santa LinKing feature, which can grant respins and a special minigame where a Santa King character spins an additional set of reels.

Play These Top Slot Games for 2023 at Slingo.com

Find all these fun slot games and more at Slingo.com, the official home of Slingo, slots and casino games! Join us for an amazing gaming experience in a safe, secure environment that puts you first. Sign up today and play new slot games!

Year of the Rabbit Slots 2023 at Slingo