4.0Rating
The Slingo Extreme takes the classic Slingo game you know and love and dials it up a few notches. With a fiery makeover and faster gameplay, can you handle the heat that the Slingo Extreme game throws out? 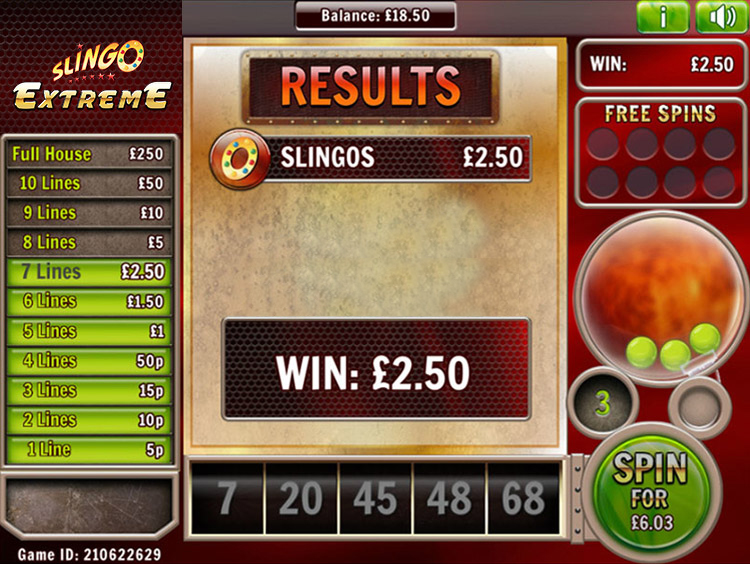 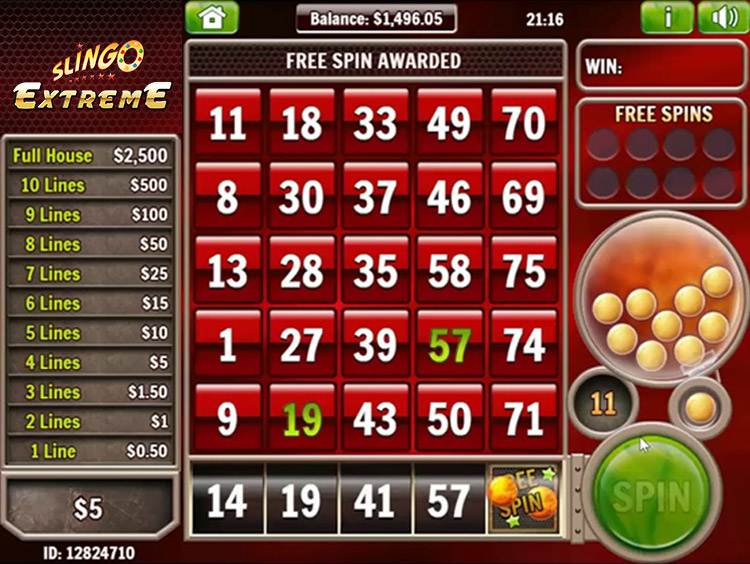 Slingo Extreme is the hottest addition to the Slingo format and offers faster paced action than classic Slingo games while still offering the fantastic fusion of slots and bingo that you know and love. While this may be the new bad-boy in town, however, there’s still a lot of the excellent features of Slingo games to look forward to such as Jokers and Super Jokers which will offer you spicey bonus for landing three or more within a single spin of the reel!

How to Play Slingo Extreme Online

Getting started with the Slingo Extreme begins by setting your stake amount. This is done by using the + and - buttons found at the bottom of the screen. When you’re happy with your wager all you have to do is hit ‘spin’; it’s really as easy as that!

Your Slingo Extreme game will begin as soon as you click spin and plays automatically. This means that you get to sit back and relax and watch the action unless a Joker or Super Joker is landed in which case you’ll need to pick the number you want to mark off. When it comes to matching numbers you don’t even need to worry about marking them off as the Slingo Extreme game takes care of everything.

In regards to symbols you’ll find all the typical Slingo symbols here such as Jokers, Super Jokers, Free Spins symbol, the Devil, Coins, and of course the numbers that you’ll need to match.

This is a common feature of many Slingo games and is a nice additional treat for players. The Joker Bonus is an instant cash prize which players will win if they land 3 Jokers or Super Jokers (in any combination) within a single spin.

Players are awarded free spins each time they land the ‘free spin’ symbol. The free spins they are awarded will be played at the end of the base game which comprises of 11 spins. There are four free spins up for grabs and it's worth noting that each free spin won will reduce the amount of extra spins that are purchasable at the end of the game so that your total game will never exceed 19 spins.

You’ll find the prize ladder to the left of the game grid and this indicates how much each Slingo you achieve will earn you; think of it like a paytable in classic slot games. The Slingo Extreme prize ladder is laid out like this:

The Slingo Extreme features a single reel with five spaces which can reveal the following numbers: