4.2Rating
Slingo Sweet Bonanza is a fast, fun and exciting Slingo game with some tasty cash prizes up for grabs! Complete Slingos to work your way up the bonus ladder and gain access to the candy bomb bonus game. With its unique blend of the Slingo style crossed with a sugary sweet theme, you’ll love this magical mash-up. Ready to try something new? Let’s Slingo! 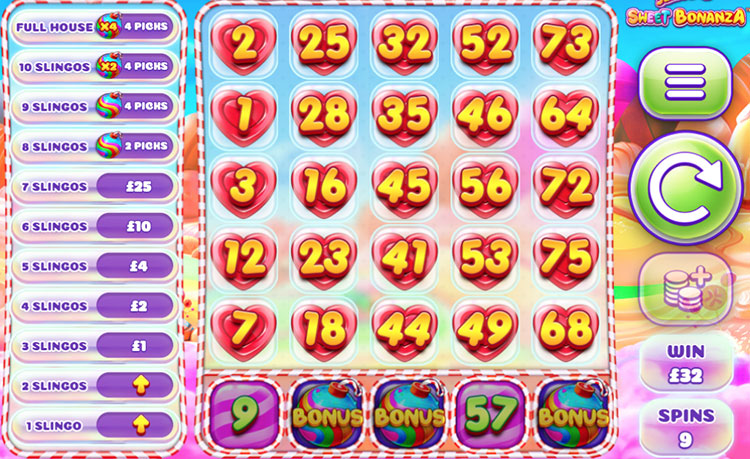 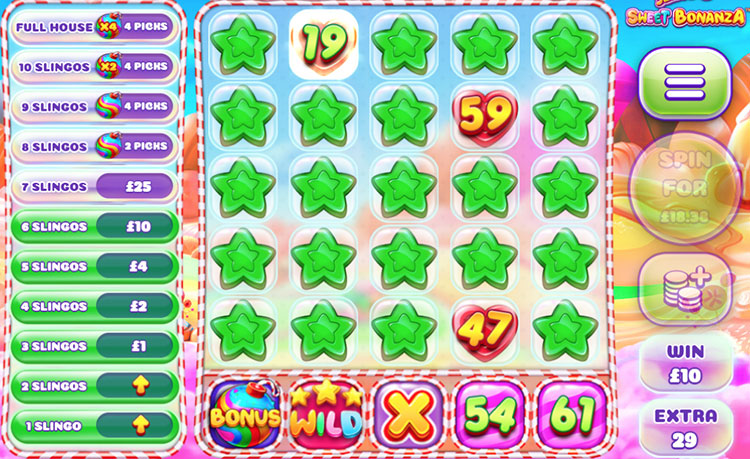