Emperor of the Sea Slot Machine

4.0Rating
The Emperor of the Sea slot online is the creation of popular developer Microgaming and is a Chinese inspired slot with 5 reels and 88 paylines! Read on to learn more about this exciting slot game! 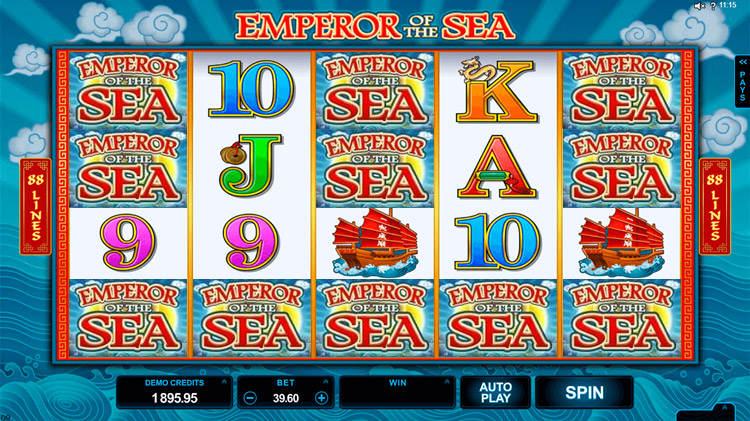 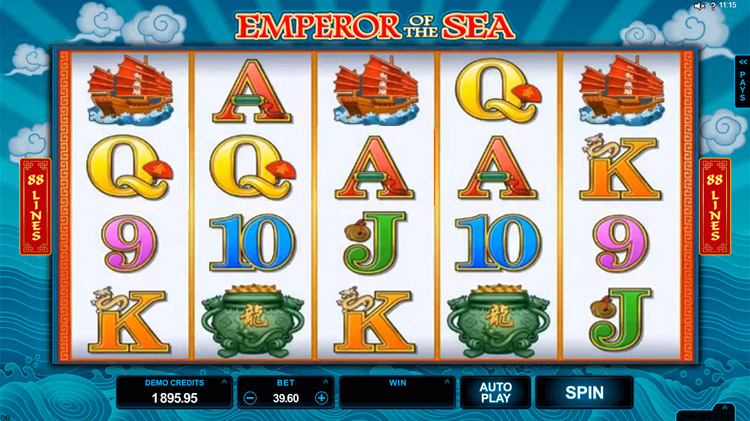 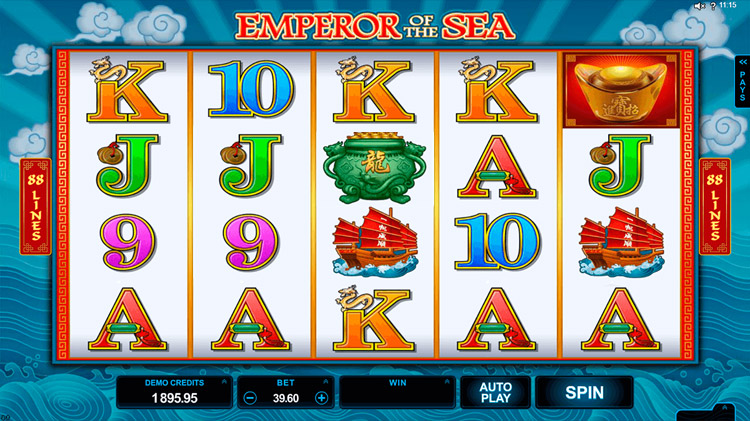 Emperor of the Sea Game Description

How to Play Emperor of the Sea Slot Online

Before playing the Emperor of the Sea slot machine you’ll first need to set your stake amount. This is done by clicking on the button labelled ‘bet’. This will bring up a dropdown menu where you can configure your bet. Players will need to decide the size of the coins (or value) that they would like to wager, as well as the number of coins they’d like to wager per line. The Emperor of the Sea slot has 88 paylines, so your bet can be quite large, but when playing at the lower end of the settings bets are still very affordable for new and casual players.

There’s not much else to configure before starting your game as there isn’t a max bet or turbo spins feature in play. There is a standard autoplay feature which can be a great choice if you prefer to play your slot games hands free. Autoplay can be configured at any time though, so you don’t need to worry about setting this up right away if you don’t want to.

When you’re happy with your settings all that’s left to do is hit the spin button to begin. The reels will then spin and stop and random. Payouts are made when a player lands three or more matching symbols across a payline with the paylines ‘reading’ from left to right. All payouts are made in accordance with the paytable.

Emperor of the Sea Characters and Features

The Emperor of the Sea slot game symbols feature imagery inspired by Chinese culture and mythology. There’s ships, koi fish, coins, and of course dragons to look out for here. Alongside these symbols there are also low-paying playing card symbols plus the following bonus features:

The Emperor of the Sea slot logo is the wild symbol of this slot and as a wild can stand in for all other symbols apart from the scatter symbol. It is also able to appear on the reels as a stacked symbol.

Emperor of the Sea free spins are awarded by landing three or more of the scatter symbol, which looks like a golden hat, in any reel position within a single spin. Players are awarded 8 free spins and various features become active during the free spins round.

To stack off players are given stacked wilds which increase by one with each spin. All free spins symbol wins are also subject to ‘rolling reels’ which are similar to cascading reels in other slots and can result in a chain reaction of multiple wins caused by a single winning spin.

Emperor of the Sea FAQs

Emperor of the Sea Slot Game on Slingo