4.3Rating
Wild Toro is a fast, fun and exciting slot that transports us to the world of sneaky matador Diaz Jr. and his nemesis, Toro the bull. With the Toro Goes Wild Bonus and the Matador Respin Challenge, this feature-packed slot is full of energy! Ready to defeat the evil matador? Play Wild Toro now! 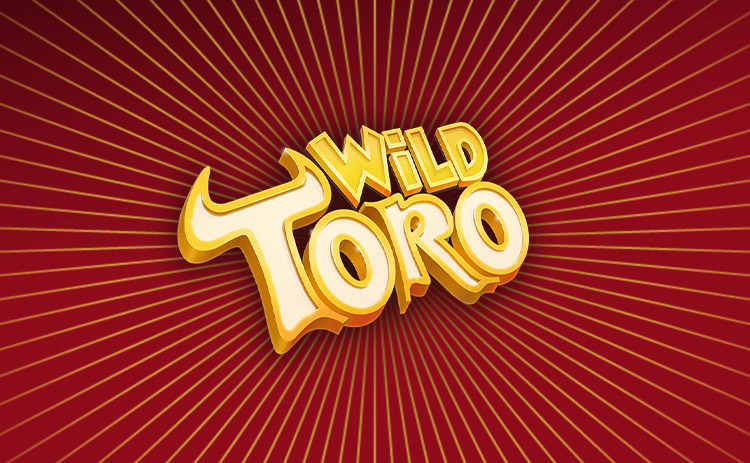 Olé! The Wild Toro game is set in a colourful Spanish market square that is home to Toro the bull (a friendly character who is the hero of the game) and Diaz Jr., the sneaky matador who is Toro’s rival!

Activate the Toro Goes Wild bonus game to see the friendly Toro turn into a raging bull, attacking all matadors on the reels and leaving a trail of Wilds behind him!

Or find three matadors on reels 2, 3 and 4 to activate the Matador Respin Challenge feature, where you’ll be awarded three respins and the chance to re-trigger the feature.

Wild Toro is fully optimised for desktop and mobile use, so you can play whenever and wherever suits you best. Ready to meet Toro himself? Play Wild Toro now!

Before playing Wild Toro online you’ll need to determine your total bet. You can adjust it by clicking the stack of coins icon at the bottom left of the game screen. You’ll see a selection of betting values, and you can choose the one that suits you.

Wild Toro also features four different betting strategies that you can choose to activate if you like. Simply scroll along the bet menu to learn more about them.

Once you’re ready to start playing, hit the white spin button to begin.

Winning combinations are achieved by landing three matching symbols on a win line from left to right.

However, there are a few fun special features to raise the stakes in this exciting game.

If Toro appears on reel 5, he’ll walk across the reels from right to left and grant you a respin on each reel.

However, if the matador gets in his way he’d better watch out! If the matador appears during the Walking Wild feature Toro will see red and attack until all matadors are defeated, leaving a trail of Wilds in his wake!

Find three matador symbols on the reels to activate the Matador Respin Challenge. You’ll get three respins, plus the chance to re-trigger the feature by finding more matadors during the round!

The Wild Toro game is set in a colourful market square in a sleepy Spanish town. However, before you start exploring you’ll need to familiarise yourself with some of the key characters and symbols you’ll meet along the way.

The highest paying symbol on the reels is the Wild Toro logo, which is worth an incredible 225,000 coins! It also acts as the game’s Wild and can replace all other symbols except Toro and the matador.

The next highest paying symbol is the beautiful red rose, which can win you 1,000 coins for five matching symbols on a win line.

It’s followed by the orange with a dagger through it and the pretty purple fan, which are worth 300 and 200 coins, respectively.

There are a couple more important symbols to look out for, too:

Toro himself acts as a Walking Wild to help you land even more winning combos. When he appears on reel 5 he will move across the reels from right to left, giving you a respin each time he moves.

The matador acts as a blocking symbol if he appears alone and there are no Toros on the reels. However, if you find three matadors on reels 2, 3 and 4 you’ll trigger the Respin feature!

However, if a matador appears during the Walking Wild feature Toro will go Wild, attacking all matadors both horizontally and vertically and leaving a trail of Wilds behind him!