Who doesn't adore cute and endearing characters? The Microgaming Dragonz online slot offers four of them: Flint, Switch, Frost, and Gobble. You're bound to fall in love with these charming new companions who can be quite profitable too, as there is a maximum payout of 3,583 times your stake amount, as they each have their own distinctive colour schemes and free spins bonus rounds.

The Dragonz slot UK from renowned developer Microgaming is the perfect choice if you enjoy playing slots with endearing characters that you can root for and fall in love with. The Dragonz casino slot has a wide variety of betting possibilities to cater to all types of slot gamers. It also has a well-designed UI that welcomes novice players. The Dragonz slot machine on the internet features four dragons to encounter: Flint, Switch, Frost, and Gobble. Each of these endearing characters has a unique free spins round and additional feature, which wonderfully enhances both their personalities and the slot's overall personality.

On a grid with five reels, three rows, and 243 chances to win, Dragonz is played. The reels are framed by the opening of a cave, and beyond that are several floating islands and a great expanse of blue sky. Dragonz has soothing music, but when you win, cheery notes play as well!

The payout for each of the red dragon Flint and the purple dragon Switch is up to 500 times your wager. Gobble, a green dragon, and Frost, a blue dragon, each gives forth up to 250x.

The King and Queen pay up to 90x each, then the Ace, which can be worth up to 120x. The Jack, 10 and 9 can pay out up to 60 times your wager. You can see a Wild and Scatter symbol when playing the Dragonz slot online.

The Basics: How to Play Dragonz Online Slot 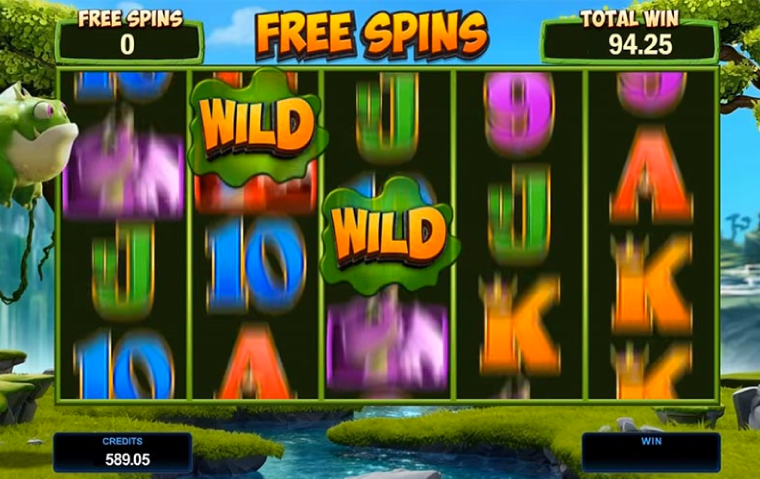 The Dragonz slot game caters to the majority of slot players with its remarkable 243 ways to win and wide selection of spinning options. Bets start at only 40p per spin and go all the way up to £30 per spin. You can play the Dragonz slot at home or while you're out and about because it is fully compatible with desktop, tablet, and mobile devices (via the Dragonz mobile slot). You only need to set the coin value and the number of coins per pay line to configure your bet. The only thing left to do is press the spin button to begin spinning the reels.

The Dragonz slot machine from Microgaming has low volatility and a 96.46% RTP. This makes it really accessible to players of all skill levels. The range of bets per spin is 0.40 to 30.00. 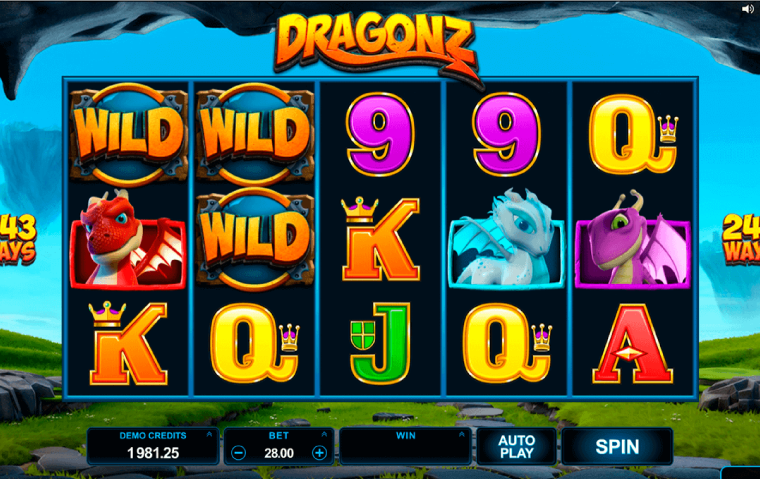 A player will receive additional wild symbols on other reels to assist them to earn a guaranteed win if they land a wild symbol in the original game's centre reel on a spin that doesn't result in a win. In addition, the Dragonz wild symbol also pays out when it appears in combinations of three or more. If five symbols appear simultaneously on a pay line, the highest payout is 15 times your initial wager.

In the Dragons slot, there are four different free spins round variations, each of which takes its cue from one of the cute dragons that give the game its name. When the purple gem scatter symbol appears three times or more in a single spin, regardless of where it lands on the reels, free spins are awarded. Depending on how many you land, the gem symbol might potentially provide you with a big reward of 1 to 100 times your stake! Once the free spins feature has been used 12 times, players will be able to select their favourite feature, which is a wonderful motivation to keep playing this slot machine. Initially, players will be assigned one of the free spins rounds at random.

The following are the choices for free spins each represented by a different cute dragon: