Walk Like an Egyptian with the Fun New Slingo Game

Discover the mysteries of Ancient Egypt with our exciting new Slingo game, Book of Slingo! This time the familiar Slingo grid has been transported to the Egyptian desert, with a backdrop of majestic pyramids and beautiful golden statues. 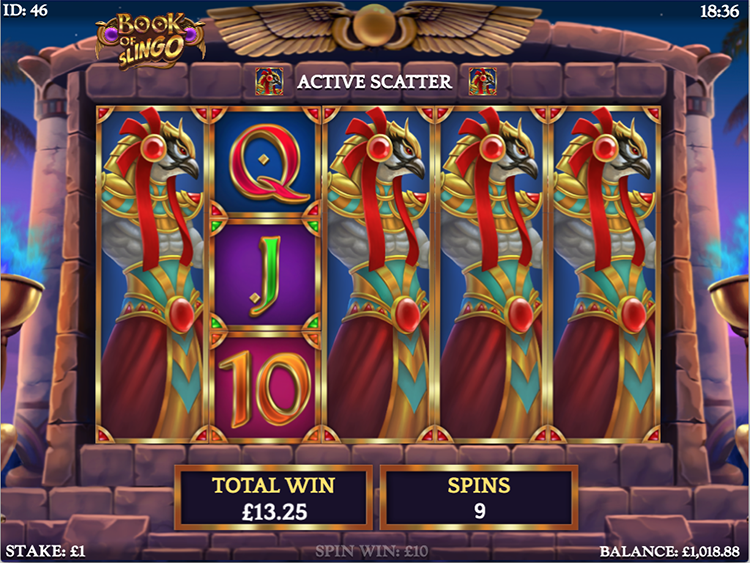 Spin the reels to match up numbers on the familiar Slingo grid, completing Slingos to unlock exciting bonus features! Achieve eight or more Slingos to activate the fun Free Spins Bonus, where you’ll get ten free spins on a new set of reels for even more chances to win.

Before the bonus round starts the Book of Slingo itself will appear and the pages will magically turn, until it reveals a special expanding symbol that will act as a Scatter to help you land winning combos! 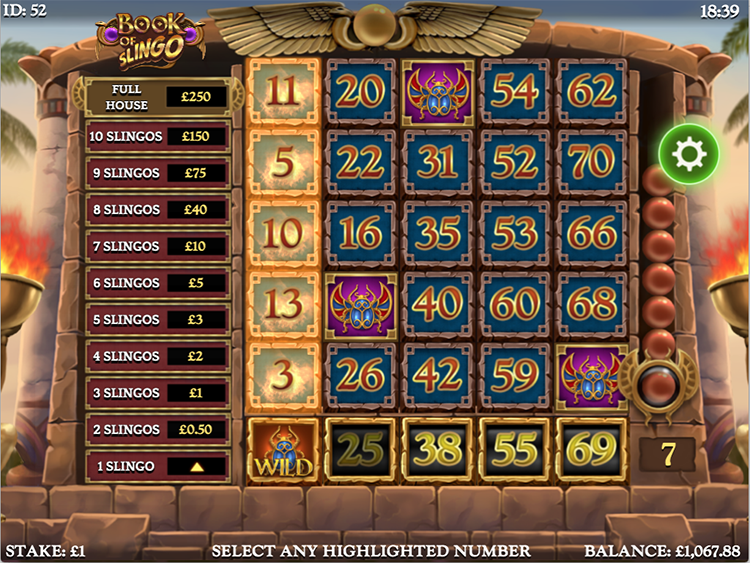 How to Play Book of Slingo

Playing Book of Slingo online is simple. First, decide on your stake, then hit START GAME to begin.

You’ll win a Slingo for marking off five numbers on one of 12 win lines. With each Slingo you win, you’ll progress further up the win ladder. Get eight Slingos or more to gain access to the Free Spins bonus game, which is triggered after you’ve used up all your spins.

At the end of the game you can decide to play the bonus game, collect your winnings or pay for an extra spin to try to complete more Slingos.

The more Slingos that trigger the round, the higher the value of the special expanding symbol will be (more on that below). 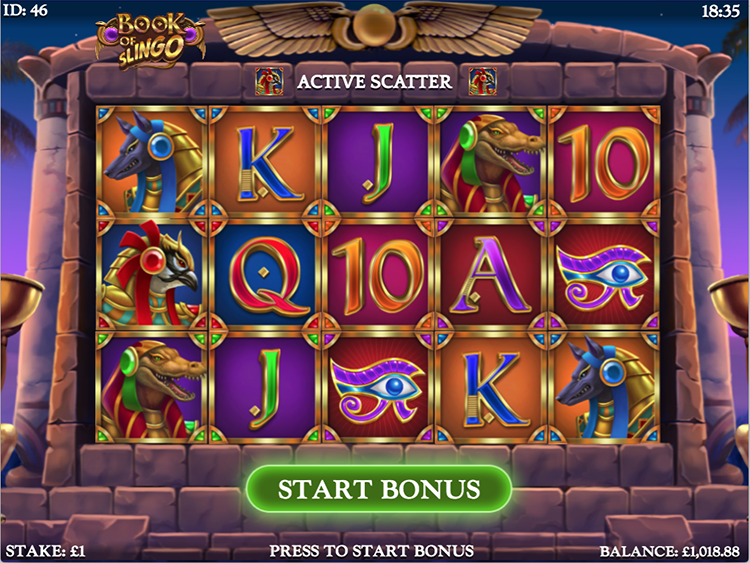 When you play the Free Spins bonus game you’ll be taken to a new screen. The Book of Slingo will appear and the pages will magically turn, until it reveals a special expanding symbol that will be active for the duration of the bonus round. The mystery symbol will also act as a Scatter, giving you even more chances to win.

The bonus can also be triggered by landing three or more Wilds on the reels in the base game.

There’s even the chance to buy more spins at the end of each game so you can continue your epic Egyptian quest! 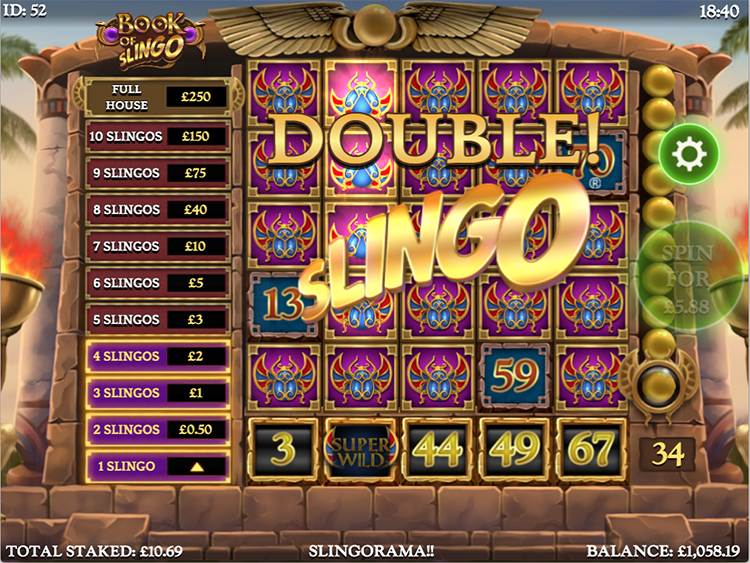 Book of Slingo has a few features you’ll recognise from other Slingo games, as well as some exciting new additions: 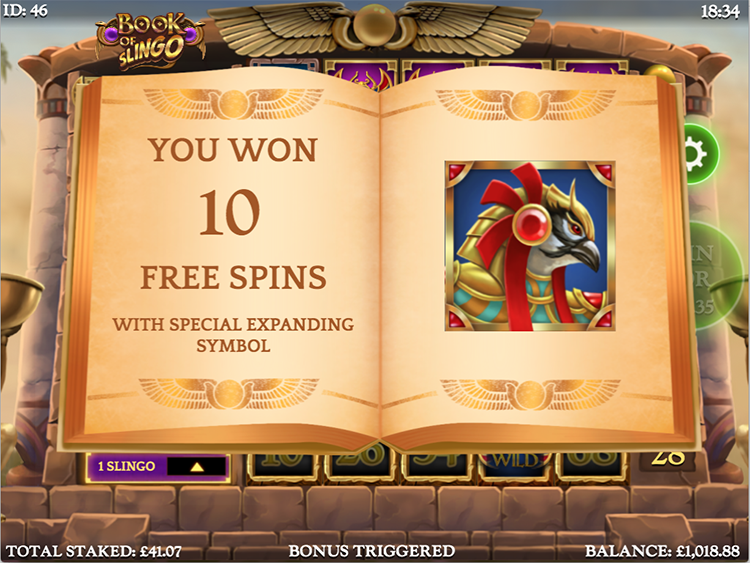 Play Book of Slingo at the Official Slingo Site

Where better to play Book of Slingo than the official Slingo site? With over 1,200 Slingo, slots and casino games plus amazing customer service and a fun gaming environment, Slingo.com is your #1 destination for an amazing gaming experience. Ready to play? Let’s Slingo!