What Are Bingo Calls and How Are They Used?

Bingo calls are a combination of slang, rhymes, puns and phrases that help players identify the numbers, while adding a fun new element to the game!

You’ve probably heard some of the most common bingo calls before – for example, ‘two fat ladies = 88’ or ‘legs eleven = number 11’ – but there are lots more to learn!

Each of the 90 balls in a traditional bingo game has a corresponding bingo call, which helps players to distinguish between the numbers being called out – for example, the words ‘fifteen’ and ‘fifty’ can sound very similar.

So if you want to know your two little ducks from your droopy drawers, read on for our handy guide to bingo calls!

The History of Bingo Calls

Much of the rhyming slang that makes up today’s bingo calls was originally used in London in the mid-20th century as a way to pass on secret messages without being detected!

Some bingo calls have their roots in military terms, since the game was played by servicemen during World War II – although back then it was called Housey Housey (since the aim of the game was to score a Full House).

After the war, the ex-soldiers continued to play the game back at home and its popularity steadily increased in the UK. It eventually took on the name ‘bingo’ and was played in bingo halls up and down the country, and today it remains one of the UK’s most popular games – both online and offline!

Bingo calls form a key part of the game, making it easier for players to hear which numbers are being called and adding a bit of fun at the same time!

Here’s a complete list of traditional bingo calls you might hear when you’re playing bingo in the UK, both online and in person. Take a look and see if there are any you recognise! And don’t worry if it’s all Greek to you – we’ll explain a few of our favourites in the next section.

The Name Game: How Bingo Calls Got Their Names 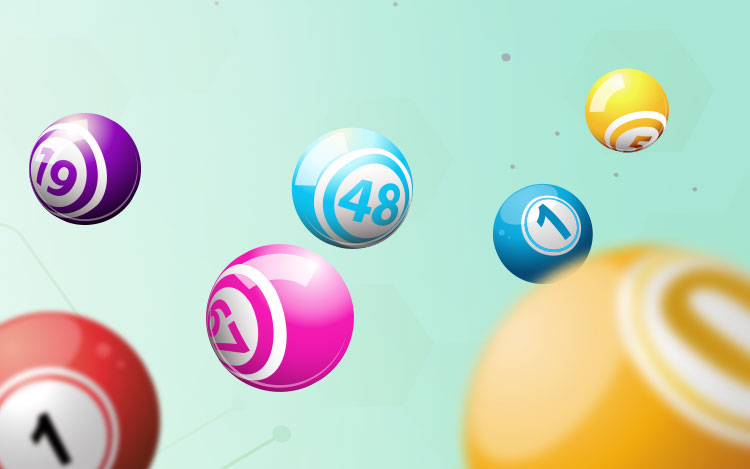 Bingo calls have a variety of different origins, from simple rhyming slang to references to pop songs and even the shape of the numbers themselves! In this section, we’ll take a look at the different types of bingo call and what they mean.

Based On Shape of Numbers

Some bingo calls are based on the shape of the numbers as they are written. To show you what we mean, here’s a run-down of some of our favourites:

22. Two Little Ducks – The shape of the numbers looks like two ducks swimming in the water.

25. Duck and Dive – It’s said that the 2 looks like a duck, while the 5 represents a snake that you want to dive away from!

44. Droopy Drawers – Some say that the two numbers look like a pair of sagging trousers!

69. Either Way Up – This number looks the same whichever way you look at it.

88. Two Fat Ladies – One of most well-known bingo calls. The shape of the eights resemble the head and body of a plumper lady!

Other bingo calls are based on simple rhyming slang, like the ones below:

8. Garden Gate – There may be more to this rhyme than meets the eye – rumour has it that ‘garden gate’ was code for a secret rendezvous point!

15. Young and Keen – Rhyming slang that also offers a twist on the lyrics of the song below!

17. Dancing Queen – A reference to the lyrics of ABBA’s hit single (‘dancing queen, young and sweet, only seventeen’)!

51. Tweak of the Thumb – As well as rhyming with fifty-one, this phrase has a similar meaning to ‘in the blink of an eye.’

62. Turn the Screw – A cheerful rhyme or a useful DIY tip? We think it could be both!

Since bingo has been around for a long time, many of the bingo calls have a historical meaning that may surprise you! Read on to decode those calls…

1. Kelly's Eye – There are a few different suggestions for this call. Some believe it was a military reference while others say it refers to Ned Kelly, the famous Australian outlaw who only had one eye.

30. Dirty Gertie – Dirty Gertie is the nickname for the statue La Délivrance, a bronze sculpture of a naked lady installed in North London in 1927. There was also a song called Dirty Gertie, which was popular with soldiers during WWII.

Although it’s by no means necessary to learn the bingo calls to play online bingo (or offline bingo, for that matter), these fun phrases add an extra dimension to the game. You can use them to interact with other players in our fun bingo chat rooms, and you could even try coming up with your own unique bingo calls! Legs fifteen, anyone?! Maybe we still need some practice…

Now you can talk the talk, it’s time to walk the walk! Practice your new bingo lingo and play online bingo at Slingo.com, where you can find a great selection of bingo games and rooms to choose from. Ready to hit the floor (74)? Play online bingo now!

How Online Bingo Rose to Fame