Get ready for a ding-credible gaming experience with our brand-new Slingo game, Slingo Reel King!

This time it’s Reel King’s turn to undergo the famous Slingo makeover, and the result is fabulous! Just like in other Slingo games, you’ll match up Slingos on the familiar 5x5 grid to work your way up the pay ladder, where you could win an incredible 500x your stake!

However, it wouldn’t be Slingo without some exciting new features! On any spin, reels can randomly light up and create a ‘ding’ sound. When this happens, you’ll work your way towards one of five exciting Reel King Bonus rounds, where there are some truly majestic cash prizes to be won!

Slingo Reel King has some features you’ll recognise from other Slingo games, as well a few exciting new additions:

How to Play Slingo Reel King: 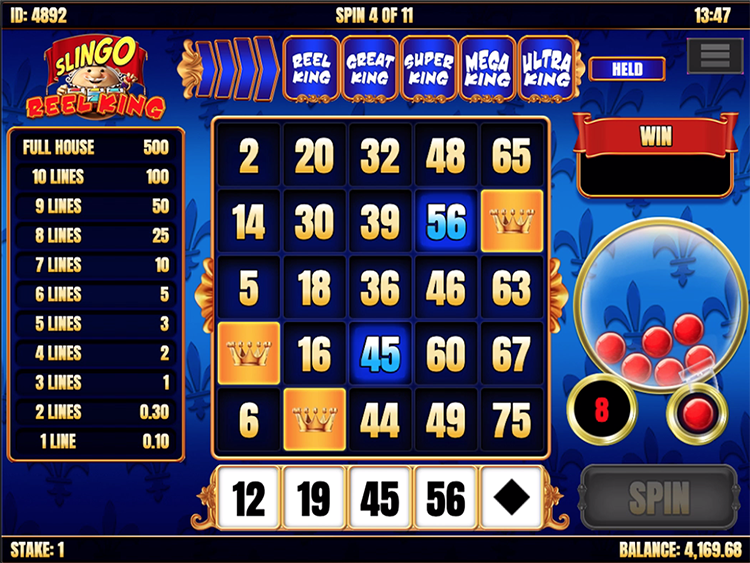 Playing Slingo Reel King is easy. Match the numbers on the reel with those on the grid to complete Slingos. Mark off five numbers in a row (horizontally, vertically or diagonally) to win Slingos and progress further up the win ladder on the left.

The aim of the game is to mark off as many numbers as you can, with the top prize awarded for winning a Full House (11 Slingos)!

To keep you on your toes, reels can randomly light up and make a ‘ding’ noise! Each time this happens, an arrow at the top of the screen will light up to advance you towards the five Reel King bonus games. 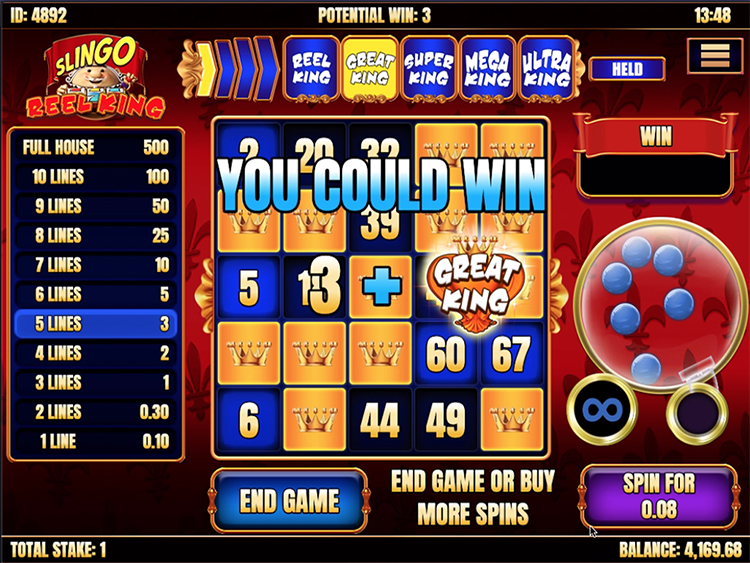 Once you activate a Reel King bonus, you’ll be taken to a new screen where you’ll see a number of Reel King characters (the number of characters that appears depends on the level of the bonus you triggered).

The Reel Kings will spin their own reels to win you multipliers of up to 25x your stake. Each continues its spin until there is a losing spin, and you’ll be awarded the cumulative win amount from the streak! 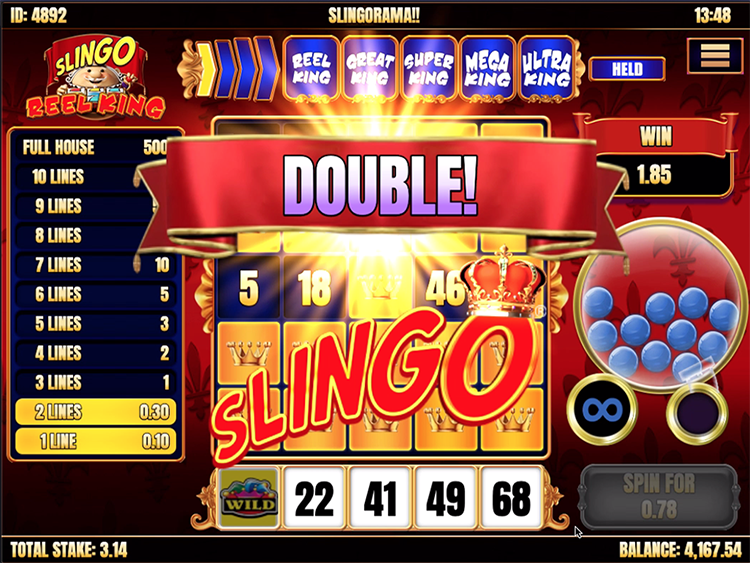 Slingo Reel King is fully optimised for both desktop and mobile use, meaning you can play whenever and wherever suits you best. Ready for some reel-y big wins? Play Slingo Reel King now!