The Game Changer online slot is set in the middle of a throwback game show studio that could have aired in the 1970s. The main attraction of the Game Changer slot machine is the board game bonus round, which is also the game's lone extra feature. You can win up to 6,000 times your initial stake in this game, but the arithmetic model isn't known for being forgiving.

There are five reels, three rows, and twenty ways to win in this game. The number of symbols and the values of several of the symbols are unusually high. This helps to keep the main game, which is feature-free, interesting.

The main pull, as previously said, occurs when you physically create a board game out of symbols around the edge of the reels and roll dice to move a marker around the board. This bonus game can take a long time to complete, and each special symbol has its own board game function, so you pretty much get two games in one.

We’ve mentioned the theme of the Game Changer slot UK multiple times already, but to recap, if you’re looking for bright cartoonish graphics, straight out of classic game shows, then this is definitely the slot for you. What we’ve not mentioned, however, is the sheer number of symbols on offer in this game. The range of symbols all represent gameshow prizes and the sheer number of them makes us think of the conveyor belt used in the final round of the Generation game. Here’s a run down of all the symbols on offer and their payout values for three, four, and five symbols across a payline:

The Basics: How to Play Game Changer Online Slot 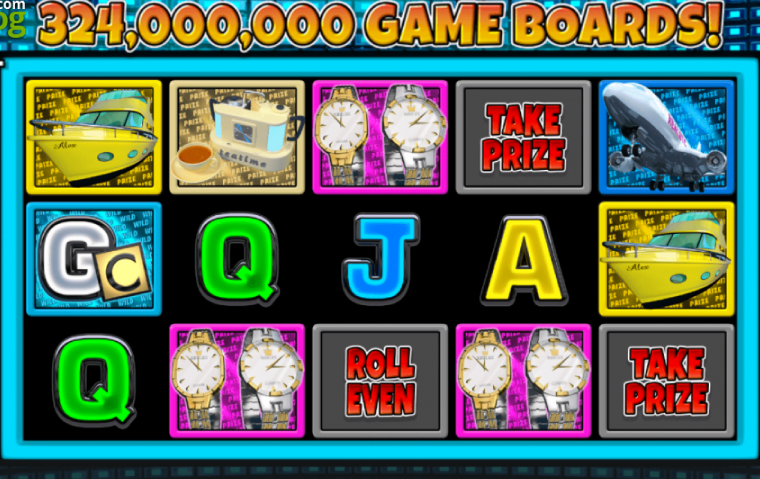 To play the Game Changer slot, go to Slingo.com and load the game. The game is suited for all devices, and due to the mobile slot version, you can play Game Changer on the go. You'll need to set your wager once the game has loaded. Once you've decided on your bet, simply press the spin button to start the reels spinning. After then, the reels will spin and stop at random, with winning combinations consisting of three or more matching symbols on an active payline starting from the leftmost reel. The paytable determines how much money is paid out.

While a lot of cartoonish and novelty titles tend to have a lower-than-average RTP rating, however, the Game Changer slot actually has a far higher RTP of 96.06%. Wagers on the Game Changer slot start at 20p per spin, all the way up to £5, meaning that players of all budgets can ‘come on down’ and have tons of fun. 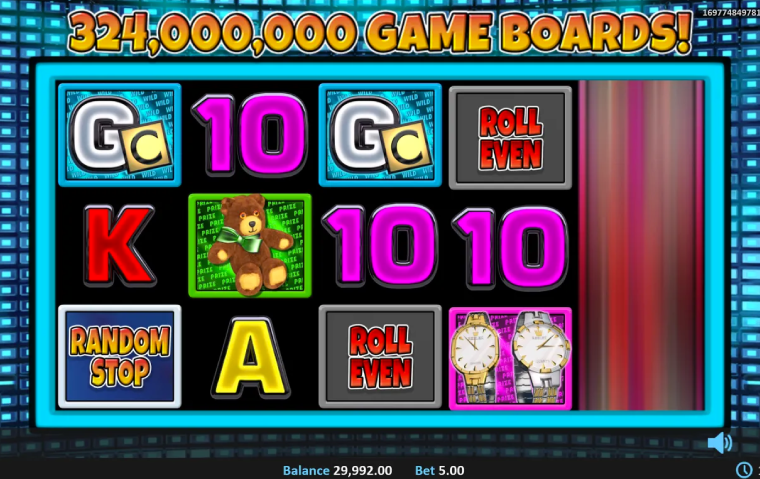 We hate to break it to you, but there's no Game Changer slot free spins, but there is the exciting board game feature, which plays as follows:

To activate the Game Board Bonus, you must land a combination of high-value symbols along the screen's edges. In other words, any sign other than the low-value royal symbols must be used to fill reels 1 and 5, as well as rows 1 and 3.

When the indicator lands on a sign along the edge, it performs a specific function for you, effectively converting it into a board game. The total wins will be displayed in the middle three symbols, and instead of spinning the reels, pushing the spin button will now roll a pair of dice.

The number 3 indicates how many more dice rolls you have until these symbols activate (and before they are active nothing happens when you land on them). The GC logo symbol is always displayed in the bottom left corner, while all other symbols have multiplier values.

Landing on the "good" prize spots pays 1x to 6x the normal high-value symbols (the plane being the most valuable).

You could also end up in one of four "bad" spots, which do the following:

The Game Changer slot can be enjoyed whenever you like at Slingo.com. Sign up and play today to discover more.