Welcome to the Valkyrie Fire slot game review! Looking to face your foes on the battlefield with the Valkyrie herself, then look no further as this battle maiden will proceed to control and dominate on the battlefield alongside the player of the slot. Be sure to work closely with her when playing the slot to see if fortune will favour you.

Valkyrie Fire slot game is based on the Viking battle maidens the Valkyrie. They are a war-battling group with the power of the gods themselves, ready to do battle and hopefully help you ewin. The slot features a Valkyrie symbol as well as Viking-themed icons such as boats, ravens and wolves. For all other users of slot machines, there are the usual card symbols of Ace, King, Queen and Jack and so on which keeps some familiarity with other slots.

The Basics: How to Play Valkyrie Fire Online Slot 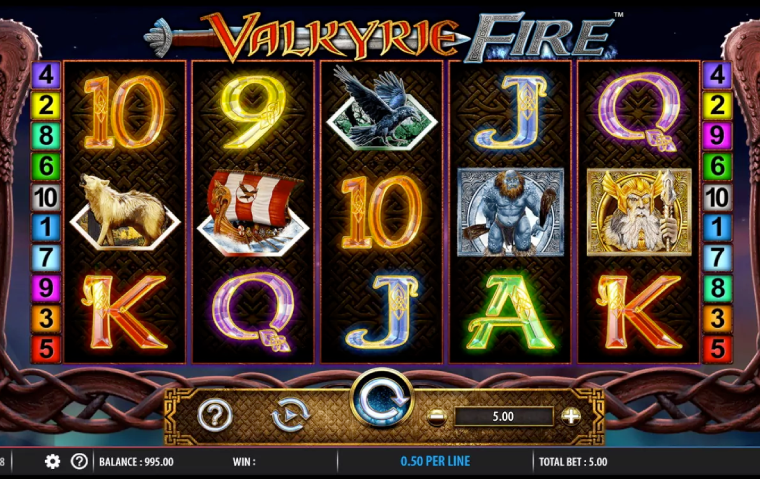 The Valkyrie Fire slot is quick and easy to understand with its clear and detailed interface layout. First, the player will need to adjust their wager by clicking on either the “+” to increase or the “-” to decrease the total amount set. Once happy the player will need to click that important circle arrow to set the reels in motion. This is where the fun truly begins. As the reels move they will stop from the left-most reel to the right-most reel, one after the other. Once completed the game will award the player with any winnings directly into the balance of the player. If lucky enough any bonus or featured mini-games will play out and the player can win even more! On the other hand, if the reels stop with no success then the player will need to check their wager amount again and proceed to spin once happy with the new wager.

The Valkyrie Fire slot is a five-reel by three-row slot machine with a theoretical return to player rate of 94% which is a bit below average. The minimum wager amount of this slot is 0.01p as the wager goes up based on the number of paylines. The number of paylines is highlighted around the border of the interface reels and glows when selected by the player so it's easy to understand how many paylines you have active with your wager. So if you bet all paylines but only 0.01p per line the player's wager would ve 0.20p. The maximum wager per line is 50 coins which is $50, which continues to work with the paylines so the max bet would be $500. 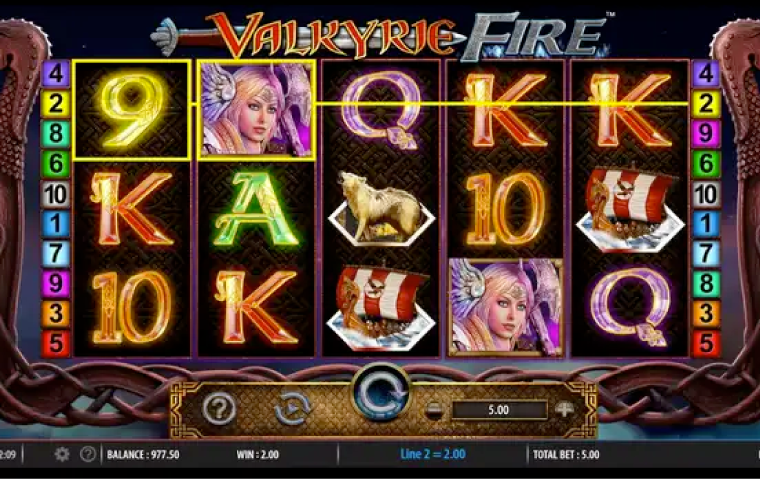 Despite having a lot going on in the visual department, the Valkyrie Fire slot bonus features are straightforward;

Despite having just one bonus feature, the game has the potential to pay out enormous prizes of up to 10,000 times your initial wager. Three to five scatters will trigger 10 free spins with Fire Stacked Wilds and a payout of 5 to 500 times the original wager. Free spins are not re-triggerable.