Vikings slot is an online slot game developed by Genesis Gaming. Players should not be fooled by its cartoonish and colourful appearance as if the game is meant for younger audiences. Adults and another category of people would find this slot interesting as it comes with exciting characters and the game in itself is filled with great adventures. Vikings online slot is suitable for beginners as it has low volatility with high winning potentials. Vikings slot uk offer players with several options to win. The game has 50 paylines and 5 reels giving players a chance to win big.

Vikings has a Scandinavian theme, complete with the Viking longship and its colourful characters. The visual illustrations displayed in this slot create a unique theme. The backdrop showed a watercolour painting that displayed numerous mountains, an ocean with crashing waves, and two Viking ships preparing to land. The symbols on the reels are; a Viking ship, a Viking’s shield, a male Viking warrior, a female Viking shieldmaiden, an axe, a horn, and colored poker suits for slot symbols. The graphics are dated, however, the sound effects are interesting. The sound effect is synchronised with the gameplay to bring about an interesting gaming experience.

The Basics: How to Play Vikings Online Slot 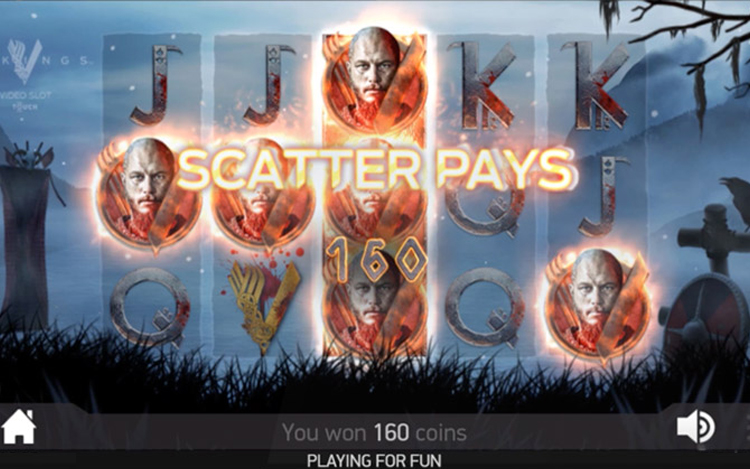 After players place their bet, players need to choose either to play manually, or use the autoplay option. As mentioned, Vikings slot has a low volatility, producing smaller payouts on a more frequent basis.

Players can choose to place their bets on the 50 different win paylines. And they also have an option to customise the pay lines. All they have to do is access the game menu and use the plus and minus buttons. On the same page of the menu, players can also change the value of their wager.

The card symbols make up the game’s lowest paying standard icons. Then there’s a Viking horn which provides a maximum pay out of 500 times a player’s wager. However, the symbol of the male Viking warrior provides the highest paying standard icon in this game. When players get all five of these lined up, it will reward players with a maximum of 1000 times their wager.

Viking slot machine has an RTP of approximately 95%. Viking slot has a huge 50 paylines to enjoy and players can play as many or as few as they like on every spin. Players can also change their bet to stake from 0.01 to 2.00 on each payline. This gives a total max bet of 100 per spin. 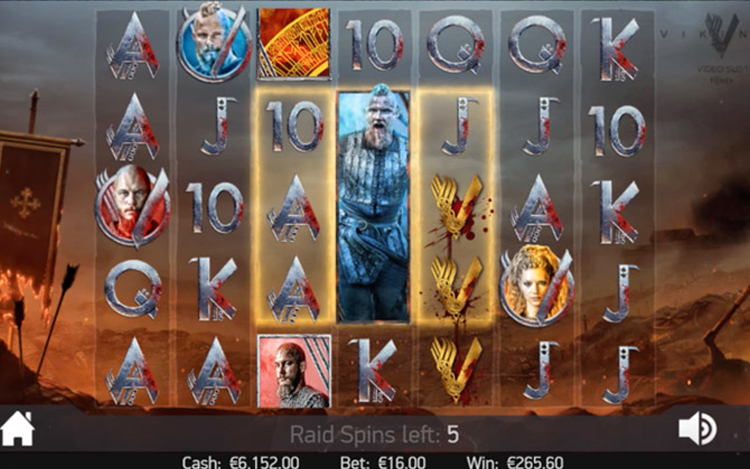 Viking online slot wild is represented by the colourful viking shields. These shields can substitute all other symbols except the scatter. Like in any other slot game, the wilds help the players reach their winning combination.

The Viking ship represents the game’s scatter. This symbol pays irrespective of the number of bet lines a player has. The Viking slot free spins is a great feature that adds free spins and some prizes when a player lands at least three of them.

During the free spins round, the wild will be locked for players to win big or probably win the highest payout

Both new and experienced players should try out the Vikings slot game. The icons are colourful cartoons and the background music is dramatic and engaging. There are some good winning chances from the 50 paylines. The wild symbols and the scatter appear regularly and the free spins round is an added bonus. It's fun and it's really easy to play. Players can check out this game and try the free demo on Slingo.com.