Even More Chances to Win with Our New 50 Ball Slingo Game!

We couldn’t be more excited to announce the release of a stormy new Slingo slot: Slingo Lightning! Watch as Wild and Super Wild Lightning Bolts strike the reels to help you mark off numbers on the grid for a chance to win some amazing real money prizes.

Just like in other Slingo games, you’ll match up numbers on the reels with those on the grid to complete Slingos for a chance to win amazing cash prizes.

However, this time there are only 50 balls in play instead of the usual 75, giving you even more opportunities to win! This exciting twist makes for a simple yet fast-paced version of the classic game, where you’ll have even more chances to match winning numbers and strike them off the 5x5 grid.

Slingo Lightning has some familiar features from other Slingo games that have been given an exciting new twist to fit in with the stormy theme!

How to Play Slingo Lightning: 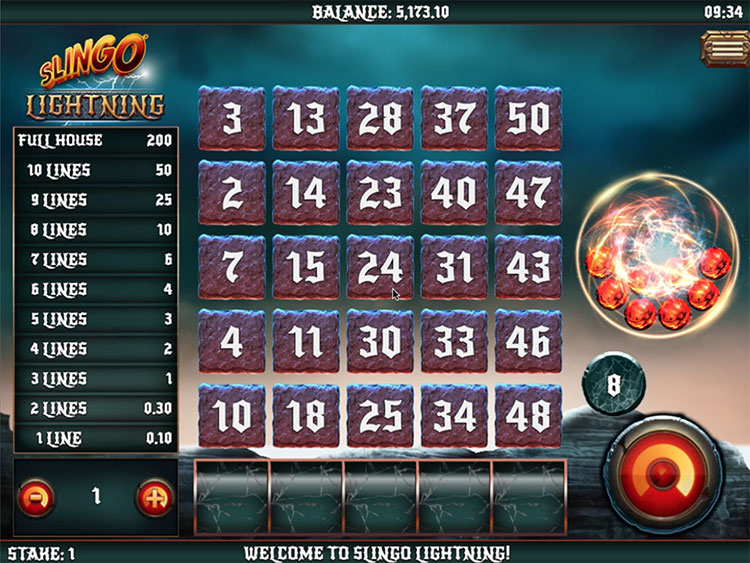 Playing Slingo Lightning is easy. Match the numbers on the reel with those on the grid to complete Slingos. Mark off five numbers in a row (horizontally, vertically or diagonally) to win Slingos and progress further up the win ladder on the left.
The aim of the game is to mark off as many numbers as you can, with the top prize awarded for winning a Full House (11 Slingos)! 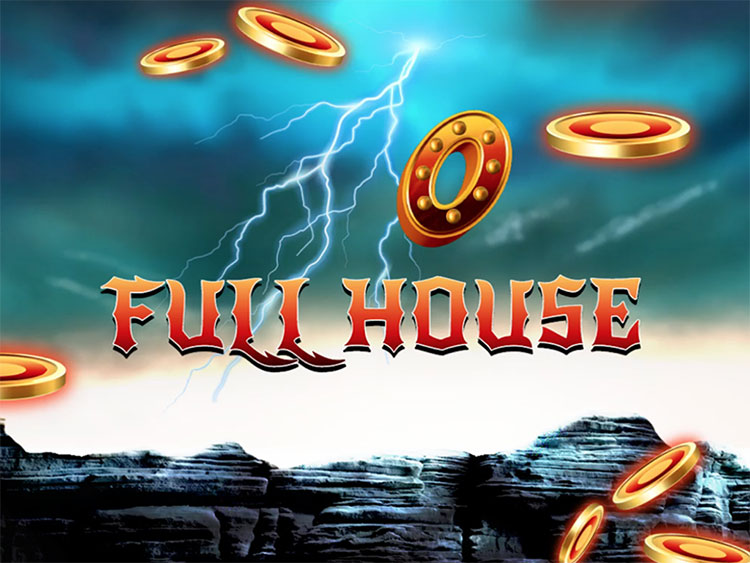 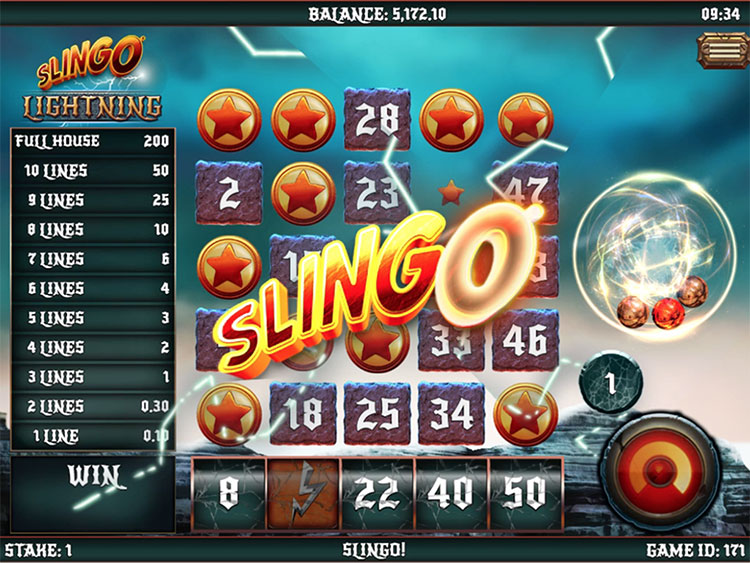 However, watch out for the Cross symbol which will try to block you from marking off numbers!

Each game consists of 8 spins, with the potential to buy extra spins at the end of the game for even more chances to win. 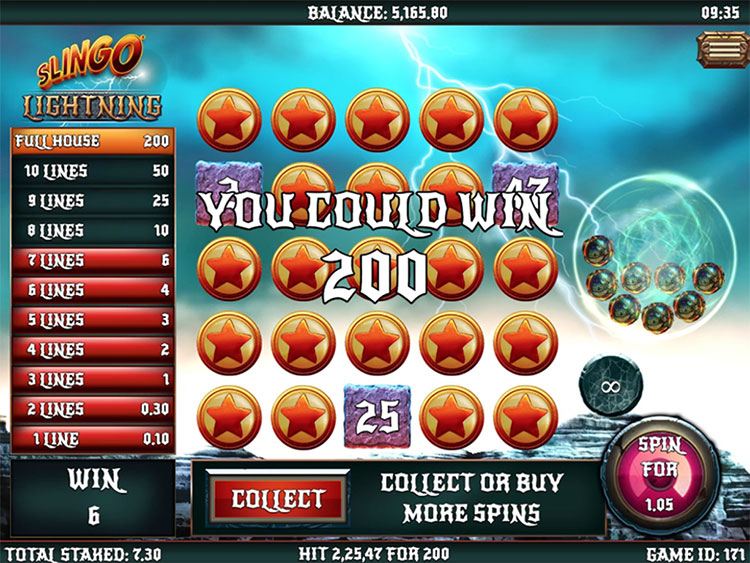 Slingo Lightning is fully optimised for both desktop and mobile use, meaning you can play whenever and wherever suits you best. Ready for some electrifying wins? Play Slingo Lightning now!