If you love the Monopoly slot genre, but have been waiting for more paylines and more excitement then you’re going to love what the Monopoly Megaways slot machine has in store as there's 117,649 different ways to win with each spin you like. Created by development wizards Big Time Gaming, this game features all the slot features you know and love, perfectly fused with the iconic elements of the board game.

As you may have guessed the Monopoly Megaways slot online has a Monopoly theme. If you loved playing the board game with your family, then you’re going to love the attention to detail that this slot displays. There’s everything from the iconic gameboard to Mr. Monopoly himself.

The following symbols are are used in the Monopoly Megaways slot:

The Basics: How to Play Monopoly Megaways Online Slot 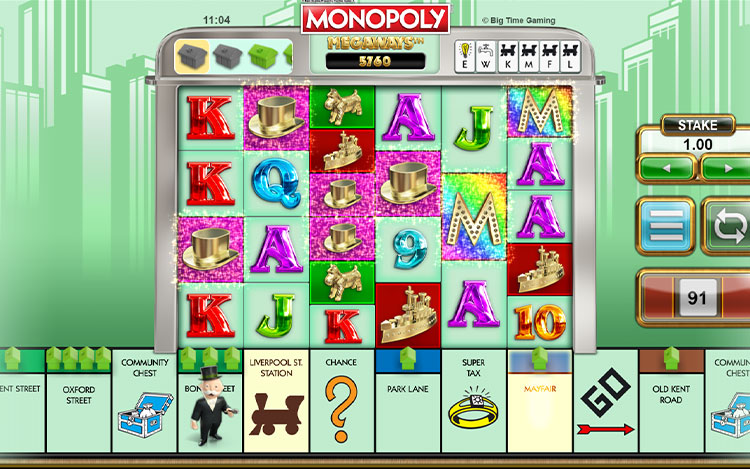 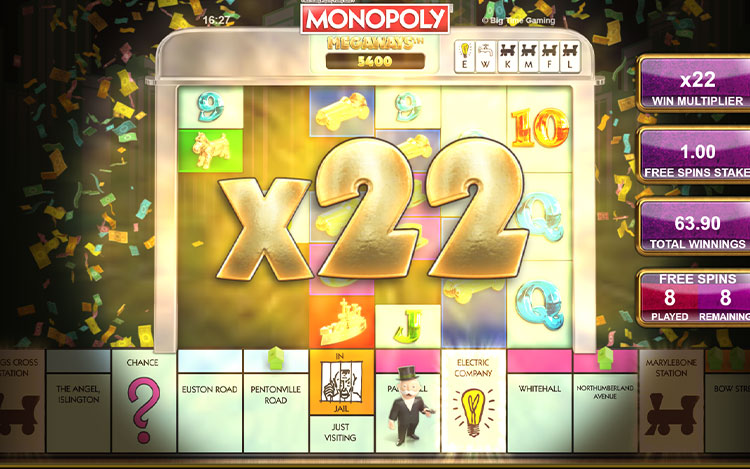 Mr. Monopoly will wander around the board each time you make a win on a reel, landing on a variety of spots such as:

When free spins are awarded additional spins can be given for the following:

Big Time Gaming was created 10 years ago and has developed an exciting range of slot machines such as the Monopoly Megaways slot game. Big Time Gaming are the creators of the sensation Megaways slot mechanic and popular titles from this developer include; Diamond Fruits, Bonanza, and Lil’ Devil.

Come and play Monopoly Megaways at Slingo. No matter your chosen device you can dive into the fun thanks to the great Monopoly Megaways mobile slot allowing for gaming on the go. Sign up and play today to discover a whole world of excellent slot titles.